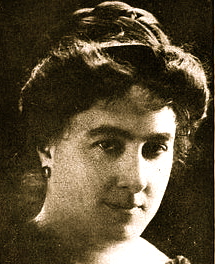 A Uruguayan American is any person of Uruguayan ancestry or birth who is a citizen or resident of the United States. Similar to neighboring country Argentina, Uruguay took in many immigrants from Europe beginning in the late 19th century and lasting until the mid 20th century. As it stands, approximately 93% of Uruguay’s population is of European descent with Italians, Spaniards, French, and Germans being among the most populous groups to have settled in the country. Because of this, many Uruguayan Americans identify both with their nationality and their family’s country of origin.

The history of Uruguayan emigration to the United States is very recent. Before 1960, the Uruguayan living conditions were favorable, as had job opportunities, good education and good healthcare system. The few Uruguayans left the country, migrated other Hispanic countries such as Argentina. For this reason the Uruguayan emigration to the United States was low during that period. However, after 1960, welfare in the life of Uruguay fell: This was due to the emergence of serious economic and political problems after World War II, particularly money crises and employment during the 1960s and 1970s decades. Moreover, Uruguay was ruled by an oppressive military regime. All this led to a major Uruguayan emigration, which corresponded for a large number of people who had a well-educated Professionals and the young. This migration, too, began the social security crisis.

As the aging population and young people migrating to other countries, grew the burden on the country’s financial resources. In fact, is calculates that of the Uruguayan immigrants from 1963 to 1975, 17.7 percent of them were aged 14 years or younge. While 68 percent of them were between the 15 and 39 years,. Only 14.3 percent were over 40 years old. The continued employment problems of the late 1980s developed yet another impetus for the youth of Uruguay to seek employment and new lives in others country. Some of them went to the United States, but the most of Uruguayan emigrants continued to migrating in Argentina.