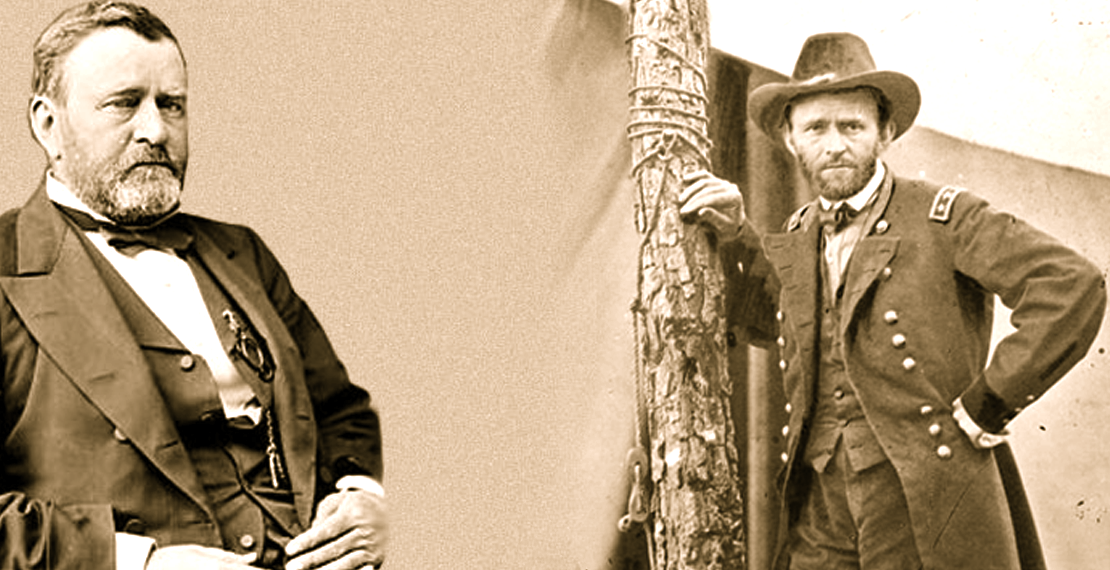 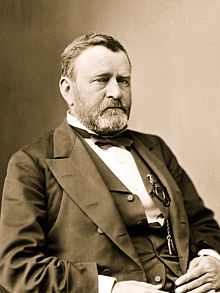 Ulysses S. Grant (born Hiram Ulysses Grant; April 27, 1822 – July 23, 1885) was the 18th President of the United States (1869–1877) and a prominent military commander during the Civil War and post-war Reconstruction. Under Grant, the Union Army defeated the Confederate military and effectively ended the war with the surrender of the Confederate Army of Northern Virginia at Appomattox. Although traditionally castigated a “Butcher” by detractor historians, Grant’s army throughout the Civil War inflicted more casualties on the Confederates than it suffered itself, and he was the only Union commander who successfully received the surrender of three Confederate Armies. Grant’s aggressive military style was in compliance with the Federal governments strategic war aims.

Born in Ohio of English and Scottish ancestry, Grant shunned his father’s tannery trade, but had exhibited equestrian ability as a youth. With his father’s guidance, he began a lifelong military career after graduating from the United States Military Academy at West Point in 1843. He fought in the Mexican–American War, resigned from the Army in 1854, and then struggled in business, while nurturing his growing family in St. Louis and Galena, Illinois.

When the American Civil War began in 1861, Grant trained Union volunteer regiments as a colonel, and engaged the Confederates near Cairo, Illinois. In 1862, he fought a series of battles and was promoted to major general. He then led fierce combat at the Battle of Shiloh, earned a reputation as an aggressive commander, and eventually seized control of most of Kentucky and Tennessee. In July 1863, after a long, complex campaign, Grant defeated five uncoordinated Confederate armies (capturing one of them) and seized Vicksburg. This famous victory gave the Union full control of the Mississippi River, split off the western Confederacy, and opened the way for more Union triumphs. After another win at the Battle of Chattanooga in late 1863, President Abraham Lincoln made him lieutenant general and commander of all of the Union Armies. As Commanding General of the United States Army from 1864 to 1865, Grant confronted Robert E. Lee in a series of very high casualty battles known as the Overland Campaign that ended in a stalemate siege at Petersburg. During the siege, Grant coordinated a series of devastating campaigns launched by William Tecumseh Sherman, Philip Sheridan, and George Thomas.

Finally breaking through Lee’s trenches at Petersburg, the Union Army captured Richmond, the Confederate capital, in April 1865. Lee surrendered to Grant at Appomattox; the Civil War soon ended and the Confederacy collapsed. Although Lee’s allies denounced Grant in the 1870s as a ruthless butcher who won by brute force, most historians have hailed his military genius.  Watch film below os Ulysses S. Grant below.

President Grant and an America Divided (3:37) As president, Ulysses S. Grant must confront a nation still divided by the issues of the Civil War and Reconstruction.

The story of the tumultuous years after the Civil War during which America grappled with how to rebuild itself, how to successfully bring the South back into the Union and, at the same time, how former slaves could be brought into the life of the country.