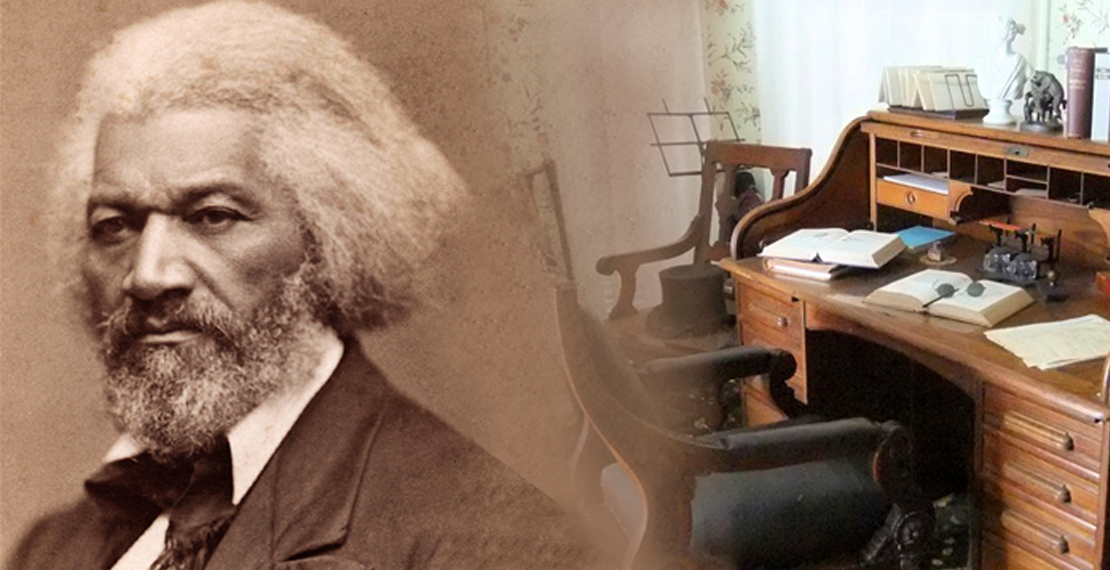 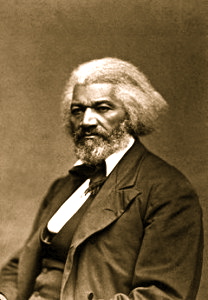 Frederick Douglass (born Frederick Augustus Washington Bailey, c. February born 1818–died February 20, 1895) was an American social reformer, orator, writer and statesman. After escaping from slavery, he became a leader of the abolitionist movement, gaining note for his dazzling oratory and incisive antislavery writing. He stood as a living counter-example to slaveholders’ arguments that slaves did not have the intellectual capacity to function as independent American citizens.  Many Northerners also found it hard to believe that such a great orator had been a slave.

Douglass wrote several autobiographies, eloquently describing his experiences in slavery in his 1845 autobiography, Narrative of the Life of Frederick Douglass, an American Slave, which became influential in its support for abolition. He wrote two more autobiographies, with his last, Life and Times of Frederick Douglass, published in 1881 and covering events through and after the Civil War. After the Civil War, Douglass remained active in the United States’ struggle to reach its potential as a “land of the free”. Douglass actively supported women’s suffrage. Without his approval he became the first African American nominated for Vice President of the United States as the running mate of Victoria Woodhull on the impracticable and small Equal Rights Party ticket. Douglass held multiple public offices.

Douglass was a firm believer in the equality of all people, whether black, female, Native American, or recent immigrant, famously quoted as saying, “I would unite with anybody to do right and with nobody to do wrong.”