The Ten Most Influential Latin Americans 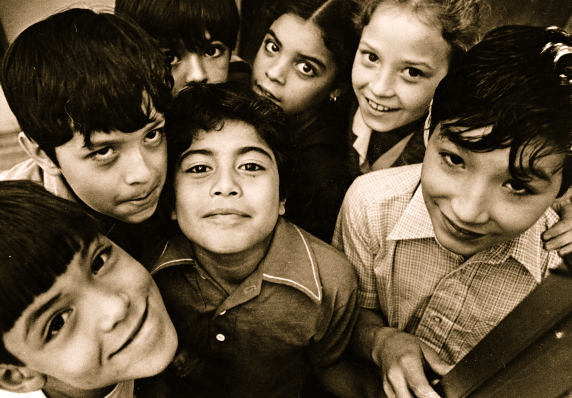 The history of Latin America is packed full of influential people: dictators and statesmen, rebels and reformers, artists and entertainers. How to pick the ten most important? My criteria were that the person had to have made an important difference in his or her world, and had to have international importance. My ten most important, listed chronologically, are:

1.  Bartolomé de Las Casas (1484-1566) Although not actually born in Latin America, there can be no doubt about where his heart was. This Dominican friar fought for freedom and native rights in the early days of conquest and colonization, placing himself squarely in the way of those who would exploit and abuse the natives. If not for him, the horrors of the conquest would have been immeasurably worse.

2.  Simón Bolívar (1783-1830) “The George Washington of South America” led the way to freedom for millions of South Americans. His great charisma combined with military acumen made him the greatest of the different leaders of the Latin American Independence movement. He is responsible for the liberation of the present-day nations of Colombia, Venezuela, Ecuador, Peru and Bolivia.

3.   Diego Rivera (1886-1957) Diego Rivera may not have been the only Mexican muralist, but he was certainly the most famous. Together with David Alfaro Siquieros and José Clemente Orozco, they brought art out of the museums and into the streets, inviting international controversy at every turn.  Diego Rivera was a talented Mexican painter associated with the muralist movement. A communist, he was often criticized for creating paintings that were too controversial. Along with José Clemente Orozco and David Alfaro Siquieros, he is considered one of the “big three,” most important Mexican muralists. Today he is remembered as much for his volatile marriage to fellow artist Frida Kahlo as he is for his art.  Diego María de la Concepción Juan Nepomuceno Estanislao de la Rivera y Barrientos Acosta y Rodríguez was born in 1886 in Guanajuato, Mexico. A naturally gifted artist, he began his formal art training at a young age, but it wasn’t until he went to Europe in 1907 that his talent truly began to blossom.

4.   Augusto Pinochet (1915-2006) Chile’s dictator between 1974 and 1990, Pinochet was one of the leading figures in Operation Condor, an effort to intimidate and murder leftist opposition leaders. Operation Condor was a joint effort among Chile, Argentina, Paraguay, Uruguay, Bolivia and Brazil, all with the support of the United States Government.  Augusto Pinochet was a career army officer and military dictator of Chile from 1973 to 1990. His years in power were marked by inflation, poverty and the ruthless repression of opposition leaders. Pinochet was also involved in Operation Condor, a co-operative effort on the part of several South American governments to do away with leftist opposition leaders, often by means of murder. Several years after stepping down, he was charged with several war crimes relating to his time as President, but he died in 2006 before he could be convicted of anything.  Pinochet’s Early Life:  Augusto José Ramón Pinochet Ugarte was born on November 25, 1915 in Valparaiso, Chile, to descendents of French settlers who had come to Chile more than a century before. He was the eldest of six children, his father a middle-class government worker. He entered military school when he turned 18, and graduated as a Sub-Lieutenant in four years.

5.   Fidel Castro (1926 – ) The fiery revolutionary turned irascible statesman has had a profound effect on world politics for fifty years. A thorn in the side of American leaders since the Eisenhower administration, he has been a beacon of resistance for anti-imperialists.  Fidel Alejandro Castro Ruz (1926-) is a Cuban lawyer, revolutionary and politician. He was the central figure in the Cuban Revolution (1956-1959), which removed dictator Fulgencio Batista from power and replaced him with a communist regime friendly to the Soviet Union. For decades, he defied the United States, which tried to assassinate or replace him countless times. A controversial figure, many Cubans consider him a monster who destroyed Cuba, while others consider him a visionary who saved their nation from the horrors of capitalism.  Early Life:  Fidel Castro was born one of several illegitimate children to middle-class sugar farmer Angel Castro y Argíz and his household maid, Lina Ruz González. Castro’s father eventually divorced his wife and married Lina, but young Fidel still grew up with the stigma of being illegitimate. He was a talented student, and decided to pursue a career in law, entering the University of Havana Law School in 1945. While in school, he became increasingly involved in politics, joining the Orthodox Party, which was in favor of drastic government reform to reduce corruption.