Telemundo (Spanish pronunciation: [teleˈmundo]) is an American Spanish-language broadcast television network that is owned by the NBCUniversal Television Group division of NBCUniversal. The network broadcasts programs, much of them produced by Telemundo, aimed at Hispanic and Latino Americans in the U.S., and audiences around the world; its programming features a mix of telenovelas, sports, reality television series, news programming, and feature films (both Spanish-dubbed versions of American films and imported films produced in Spanish-speaking countries).

In addition to the broadcast network, Telemundo’s other platforms include mun2, a cable and satellite channel specializing in programming geared towards a young Hispanic audience; Telemundo Digital Media, which distributes original programming content across digital and mobile networks, and the telemundo.com and mun2.tv websites; Puerto Rico television station WKAQ-TV, whose signal reaches 99% of all television households in the U.S. territory; and Telemundo Internacional, the international distribution arm. Telemundo is the second-largest provider of Spanish-language content worldwide, with its content syndicated to more than 100 countries in over 35 languages.

Telemundo is headquartered in the Miami suburb of Hialeah, Florida, and has 1,900 employees worldwide.  The majority of Telemundo shows and programs are filmed at a studio facility operated by the network in Miami. In 2011, 85% of Telemundo’stelenovelas were filmed in Miami.  The average hour of prime time drama costs $70,000 to produce. 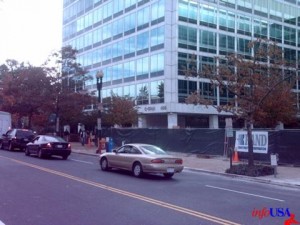 WKAQ-TV launched the Telemundo brand on March 28, 1954. The station was founded by Ángel Ramos, owner of El Mundo, Puerto Rico‘s main newspaper at the time, and of Puerto Rico’s first radio station, WKAQ, also known as “Radio El Mundo”. Ramos wanted to maintain a consistent branding for his properties using the mundo theme (Spanish for “world”), and chose to name WKAQ-TVTelemundo (in effect, “Teleworld” or “World TV”). Ramos had tried to obtain a television license as early as the mid-1940’s, but due to a Federal Communications Commission (FCC) licensing freeze for all new American television stations due to World War II, he had to wait until 1954 to obtain the license.

In the beginning, Ramos maintained continuity between his radio and television stations by signing an exclusive deal with the most famous and influential actor/comedian/producer in Puerto Rico, Ramón Rivero, better known as Diplo, whose El Tremendo Hotel, broadcast through WKAQ radio, was the most popular radio show ever in Puerto Rico. It was Rivero who produced the first comedy/variety television shows for WKAQ Telemundo, La Taberna India, and then La Farándula Corona, shows that catapulted WKAQ to the top of the ratings.

During the 1970s and 1980s, WKAQ-TV, then branded as “Telemundo Canal 2”, was a major producer of soap operas. The channel was also known by its “fingers” logo – a bold number “2” with the silhouette of two upright fingers inside the number – and called itself “El canal de los dedos” (“the channel of the fingers”). 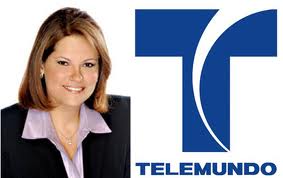 In 1984, WNJU in Linden, New Jersey (serving the New York metropolitan area) and KSTS in San Jose, California formed NetSpan, the second Spanish-language television network in the continental United States. These stations were joined in 1985 by KVEA in Los Angeles. The next year, KVEA’s part-owner, Reliance Group Holdings, acquired the Telemundo brand when it purchased John Blair & Co., which owned WSCV in Ft. Lauderdale/Miami as well as WKAQ-TV. In late 1986, Reliance also purchased WNJU.

In 1987, Saul Steinberg and Henry Silverman of Reliance Capital Group merged all these stations into the Telemundo Group.  The new corporation quickly went public, and in 1987 changed NetSpan’s name to Telemundo. Later that year, it purchased additional stations in San Francisco, Houston and San Antonio.

In 1992, Telemundo went through another management change, as it appointed former Univision president Joaquin Blaya, who left Univison with four other executives. The next year, Telemundo branded itself with the campaign “Arriba, Telemundo, Arriba” (lit. “Upwards, Telemundo, Upwards”). Around the same time, Telemundo’s framed “T” letter logo was introduced.

In 1993, the network began to produce its own original telenovelas. The first soaps were Angélica, mi vida, Marielena, Guadalupe,Señora Tentación and Tres Destinos. International markets and syndicaton distributors soon courted these shows. Telemundo’s effort faced an initial setback when Mexico’s industry leader, Televisa, bought Capitalvision, the production house that had been making the new soap operas. 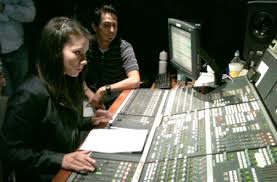 In 1998, Telemundo was bought by a partnership between media company Liberty Media, and film and television company Sony Pictures Entertainment. Helmed by yet another management team under the leadership of former CBS executive Peter Tortoricci, hopes of attracting the bilingual market were explored. The “Lo mejor de los dos Mundos” (“The Best of Both Worlds”) campaign was launched. Several billboards went up in cities such as Miami and San Francisco heralding a “new era” for Telemundo. Former CBS News Vice President Joe Peyronnin founded Telemundo’s network news division in 1999 and served as its executive vice president until 2006.

On April 12, 2002, Telemundo was purchased by NBC (which itself was acquired by Vivendi Universal the following year to become the present-day NBCUniversal) for $2.7 billion.  Jim McNamara remained at the helm of the network. Local Telemundo stations began producing early morning newscasts to become more competitive in their respective markets; the Telemundo “T” logo received an overhaul. Telemundo’s main competitor, Univision, continued to beat the network in the ratings, although not in all time slots.

News programs were created in the wake of the September 11, 2001 attacks: Hoy en el Mundo (“Today in the World”), anchored by Marian de la Fuente and Jose Diaz-Balart, debuted to inform viewers of national and international events. This program and its companion show En la Madrugada (“In Early Morning”) were cancelled due to the much heralded arrival of Maria Antonieta Collins from Univision. Cada Dia with Maria Antonieta (“Every Day with Maria Antonieta”) replaced these shows in October 2005; Collins continued to host the program along with the much recycled Diaz-Balart as co-host. Diaz-Balart was anchor of Telemundo’s morning news program called Noticiero Telemundo: Madrugada (“Telemundo Newscast: Early Morning”), later to be anchored by Ana Patricia Candiani. Cada Dia was cancelled two years later in May 2008, after Collins announced that year that she would leave Telemundo when her contract expired that August return to news anchoring and due to low ratings for the program; it was replaced by a new morning show called ¡Levántate! (“Get Up”), another hybrid of news, lifestyles and information, which aired live from the studios of WKAQ-TV, and was produced by Telemundo of Puerto Rico when it debuted. The hybrid program included local participation of Telemundo O&O station WSCV in the Miami suburb of Miramar, Florida, and bureaus located in New York City, Los Angeles and Mexico City. The show was later revamped, dropped the local cut-ins and relocated production to the Telemundo headquarters in Hialeah, Florida. 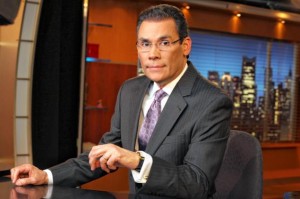 In 2004, Telemundo launched Telemundo Television Studios in Miami. The network also began providing English language closed captioning for many of its telenovelas. Under NBC, Telemundo gave greater emphasis to original programming and product placement. The network spent $100 million a year producing its own shows around the middle part of the decade.  After it was purchased by NBCUniversal, Telemundo decided to stop importing telenovelas from Latin America and start producing its own. To that end, Telemundo partnered with Colombian production company RTI Colombia and Mexican production company Argos Comunicación. Telemundo’s telenovelas follow the Mexican model. To have its telenovelas recognized by the audiences of the U.S. and Latin America, Telemundo hired famous actors and actresses from Mexico, Colombia, Venezuela, Argentina and Puerto Rico; Telemundo now also hires American-born Hispanic actors and actresses who fluently speak Spanish. McNamara retired from his position as CEO and was replaced by Don Browne, who had been head of Miami’s NBC owned-and-operated station WTVJ, in 2005.

In March 2007, NBC Universal announced that it had restructured Telemundo’s entertainment division in an effort to narrow Univision’s ratings dominance.  NBC also announced the intention to sell the original Telemundo station in Puerto Rico (WKAQ-TV) and Los Angeles’ KWHY to finance the acquisition of Oxygen Media. On December 21, 2007, NBCUniversal announced that WKAQ-TV was no longer for sale, indicating that Telemundo Puerto Rico would stay within the NBC family. 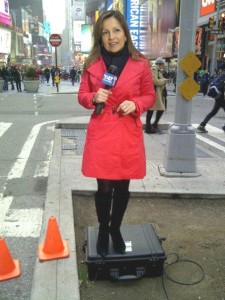 On March 18, 2008 Grupo Televisa and NBC Universal announced a 10-year multiplatform agreement that would allow 1000 hours of Telemundo programming, including news, entertainment, specials and sports, to be broadcast over not only Televisa’s free-to-air channels, but also Televisa’s SKY México and cable system starting in April of that year, as well as a planned Telemundo pay channel to be launched later in the year. 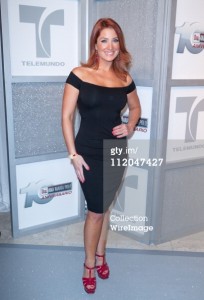 On January 28, 2011, Comcast completed its $6.5 billion acquisition of a 51% majority stake in NBC Universal, acquiring control of Telemundo as part of the deal.  Emilio Romano was named president of Telemundo in October 2011.

Telemundo Stations begin broadcasting Exitos TV network on their subchannels in first quarter 2012.  On May 14, Telemundo announced that it would launch a new branding campaign that will include a new slogan and on-air identity, including the replacement of its 1999 logo design with a new logo with two partial red spheres forming the “T,” described to “capture the duality of Telemundo’s audience, balancing the strong connection to their Latin roots with their contemporary mindset of living in the U.S.” The new logo and graphics debuted on-air on December 8, 2012.

Also in 2012, Telemunco started the “social novela” Secreteando on Facebook, with comments made on other social media sites. A second season is planned.