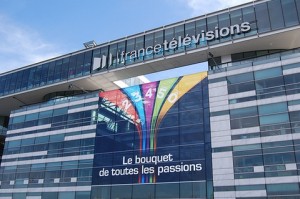 France Télévisions is a supporter of the Hybrid Broadcast Broadband TV (HbbTV) initiative (a consortium of broadcasting and Internet industry companies including SES, OpenTV and Institut für Rundfunktechnik) that is promoting and establishing an open European standard for hybrid set-top boxes for the reception of broadcast TV and broadband multimedia applications with a single user interface, and has selected HbbTV for its interactive news, sports and weather service, and plans to add catch-up TV and social media sharing capability. 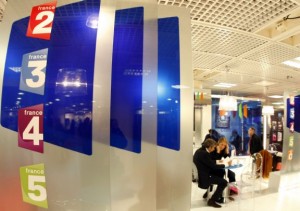 From 1964 to 1974, French radio and television was monopolized through an organization known as the Office de Radiodiffusion Télévision Française. In an effort to stimulate competition, the organization was split in 1975 so that the France’s three television channels—TF1, Antenne 2, and FR3, would still be owned by the French government, but be operated independently from each other. However, the privatization of TF1 in 1987 and increased competition from other new private broadcasters (such as Canal+ and La Cinq) led to a decline in viewership for the two remaining public channels, who lost 30% of their market share between 1987 and 1989.  The channels were however saved when a single director-general was appointed to manage both Antenne 2 and FR3, becoming part of a joint entity known as France Télévision. They were renamed in 1992 as France 2 and France 3 respectively.

In August 2000, France Télévisions S.A. was formed as a holding company for France’s public television channels, absorbing control of France 2, France 3, and fellow public channel La Cinquième (later renamed France 5). In 2004, Réseau France Outre-mer was absorbed by France Télévisions. Beginning in 2008, the President of France took the duty of naming the presidents for the French public broadcasters; they were previously nominated by the Conseil supérieur de l’audiovisuel.