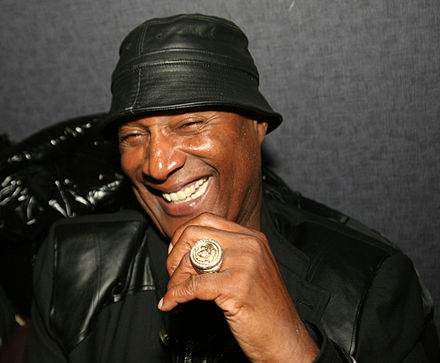 Paul Mooney, the trailblazing comedian who gained fame writing and creating alongside Richard Pryor and Dave Chappelle, passed away from a heart attack in Oakland early Wednesday morning (May 19). He was 79. “Comedic legend Paul Mooney has passed away,” Martin tweeted. “His cousin Rudy Ealy just called me from Paul’s phone and said he passed away two hours ago after suffering a heart attack at his home in Oakland. He was 79. We will pay tribute to him tonight on #RolandMartinUnfiltered.”

Mooney’s Twitter account shared a touching message to fans on Wednesday not long after the news of his death broke. “Thank you all from the bottom of all of our hearts …you’re all are the best!” the statement read. “Mooney World .. The Godfather of Comedy – ONE MOON MANY STARS! .. To all in love with this great man.. many thanks.” To read more go to the link below: