You are here: Home / Media / Music / History of Jazz vs Blues

History of Jazz vs Blues 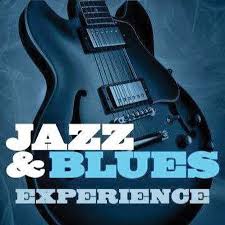 When we look at the history of Jazz and Blues and where they originated from, it will explain why they are very similar. Jazz and Blues both come from African American roots. “With the early (1920s) classic “Blues” recordings of female singers such as BessieSmith and Ma Rainey, the backup musicians included instrumental performers such as Louis Armstrong, Duke Ellington, Fletcher Henderson, and many others who later become known as Jazz musicians.” Both styles started recording about 1917, though the Blues style is said to come from an older tradition going back into the 1800s (Steve Sandner, 2020). Therefore, while they originated at different times, they both were inspired by African American music.

Jazz and Blues have many sounds, you can listen to the music and hear them. It takes a lot of studying to understand how different music is written and created. We have many different instruments that produce beautiful harmonies and tug on our heartstrings with expressions of emotion. In Jazz and Blues, they use the same instruments; this is why you would think they sound similar and cannot identify the difference. Although Jazz can be played on any instrument (including the human voice), the most common instruments in which Jazz is played are the saxophone, trumpet, trombone, piano, bass, drums, and guitar (Herbie Hancock – 2000 – 2020). A typical Blues band includes at least one guitarist, bass player and drummer and a vocalist. Vocalists are sometimes provided by one of the instrumentalists (De Febrero – 2008). This is why we hear similar sounds between Jazz and Blues, they use some of the same instruments.

When you listen to Jazz and Blues or any type of music, the instruments come together like they are as one. With a stage performance, many instruments are being played at once. They are played separately by individual artists, and the music comes together so beautifully to make up a band. Each instrument has different sounds, and the artists are able to make the instruments come together, creating music. The call and response figures we recognize in Jazz today originated in African traditions and found their fullest expression in Blues music in spirituals. Examples of the call and response include direct imitation between instruments, a questioning phrase in subsequent answer, a statement of affirmation from one instrument to another, or variations on a direct call by a series of instruments. Often this call and response can be improvisational (Jazz Blog – 2019). This explains how the sounds of Jazz and Blues music were created and played.

Jazz and Blues have over 100’s of different types of music to listen to. Just in rock and roll we have soft rock, hard rock, alternative rock etc. When you listen to an Alexa Amazon device and ask it to play Jazz or Blues, it asks you what type. They have Soft Jazz, Upbeat Jazz, Texas Blues, Memphis Blues and so much more. Listening to all types of Jazz and Blues music, will help you identify with the different types of genres. Jazz music has over 18 different types of genres and Blues music only has 6 types of genres. Due to some of the similarities in music style, it is safe to assume that Blues played a role in the evolution of Jazz period music in the New Orleans at the time had a profound influence on early Jazz. (Music Genres – 2020) Blues was the foundation for so many music genres and is one of the reasons Jazz was born.

If you go to Jazz and Blues concerts, you can listen to the different types of music and they will sound similar. Live music can help you identify the genres by listening to the entertainers and instruments being played at the same time. They can produce many sounds; deep and intense, loud and soft, powerful and heartbreaking. Music can help you heal and express your emotions to a loved one; it’s another way to connect and communicate. A live performance may sound similar, but the way they perform can be different. One of the all-time favorite’s Blues singer was B.B. King. He was around for a long time and a legend in the music industry. B.B. King, byname of Riley B. King, (born September 16, 1925, near Itta Bena, Mississippi, U.S. – died May 14, 2015, Las Vegas, Nevada), American guitarist and singer who was a principal figure in the development of Blues and from whose style leading popular musicians drew inspiration (Encyclopedia Britannica – 2020). Jazz and Blues music artists from the beginning of time, created the music industry and taught musicians all over the world how to play.

Live Jazz and Blues music performers have similar mannerisms and are exciting and fun to watch. The artists on the stage can communicate with the audience by speaking about what they are going to sing. The artists that perform at live Jazz and Blues have big personalities. They will talk to the audience through the whole program and make them feel as if they are a part of the next song they are going to sing. Several performers will walk into the audience and talk to audience personally. Louis Armstrong was another favorite and would entertain you with his stories, singing and trumpet. He stood out from the rest of the Jazz musicians. The man who became known the world over as “Satchmo” was an ambassador for joy and happiness. His trumpet, his smile, his laugh and his willingness to “live for that audience” all helping to make him a 20th-century icon. He was also a trumpet player of outstanding skill whose technical expertise and genius of his musical imagination made him the model for virtually every jazz musician from the late 1920s to the outbreak of World War 2 and beyond (uDiscover Team – 2019). Both B.B. King and Louis Armstrong sounded similar and were both musical icons in the world of Jazz and Blues.

The information provided in this essay will now help you identify the difference between Jazz and Blues. It has explained the similarities in the history of Jazz and Blues, the instruments they play, the many genres they have, the performers’ personalities and the sounds they play. While showing you the similarities between Jazz and Blues with both genres, they still sound different. Now you can go to a Jazz and Blues concert and look for the specific instruments they play. You will be able to identify the different genres and hear the music differences. It will be up to you to decide what music you prefer. – To learn more about Jennifer Buchanan works go to her email: jenny@growwithbuchanan.com.

Sandner, Steve – Sandner Music -The Difference Between Jazz and Blues