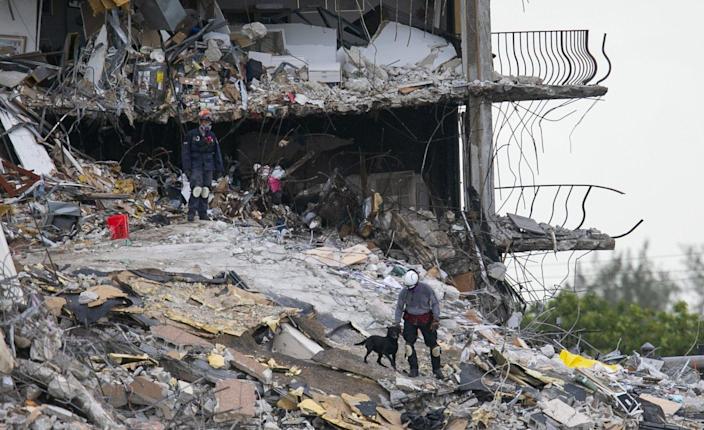 A pool contractor photographed damage to the Champlain Towers South condo building in Surfside, Florida, 36 hours before half of it collapsed.

The man, who asked not to be named in a Monday report published by the Miami Herald, visited the building to put a bid together for cosmetic changes to the pool and updates to its equipment.

A large portion of the 40-year-old building collapsed on Thursday. Eleven people are confirmed dead, and 150 are unaccounted for after the partial collapse, local officials said Monday evening.

The contractor said he observed “standing water all over” the underground parking garage.

“He thought it was waterproofing issues,” the contractor said of a building staff member who showed him around. “I thought to myself, ‘That’s not normal.'”