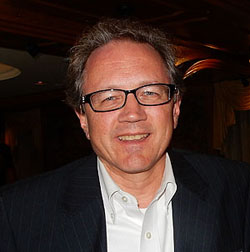 JoelFreeman one of the first NBA Chaplains

“For 20 wonderful seasons, I served as mentor/chaplain of the NBA Washington Bullets/Wizards (’78/’79 – ’98). (Below you can view the 30-minute film about the former Bullet player, Manute Bol). At the pro level, ball players want to be assured of the inner motivation and authenticity of someone working with them on such a personal basis. They do not want to share personal issues…only to end up on the front page of the sports section of the local newspaper on Tuesday morning. Absolute confidentiality is the key and they needed to test my motivation.

The NBA players probably were either consciously or unconsciously testing my sincerity by asking questions about the location of the Garden of Eden, Africa’s involvement in biblical history, etc. They asked questions that previously weren’t even a blip on my radar screen. This opened my eyes and I began to do a bit of research on the topic. I was genuinely intrigued but still didn’t have an overview of the issues at hand.  In 1995 I met Don Griffin. At the time he was the Senior VP of Human Resources of a large milk company in Union, New Jersey. Don had hired me to facilitate a leadership initiative for the senior management of the company, which involved a series of seminars entitled, “Dealing With People Who Drive You Crazy.”

Between sessions, Don and I would go to his office in the complex to relax and talk. During one of the breaks, he communicated some intriguing information that connected the Bible with Ancient Africa (Isaiah 18). As a student of the biblical record and how it connected with documented history, I was fascinated. But what he was saying about Black History was so new and different to me that I had to dig deeper.

After one of the training sessions at Don’s company, I came back home to Maryland and conducted some research on my own. It didn’t take long for me to realize that what Don was saying was true. This new knowledge fueled my passion for learning more.

I began to watch videos from the local library. Africa: A Voyage of Discovery, an 8-part series by Basil Davidson. The Promised Land, is a series about the move of African Americans from the South to the Chicago region. Eyes on the Prize, Part I & II. And many more…” To read more go to the link below: