You are here: Home / Events / Occupy Groups / Thousands call on South Korea’s Park to Step Down

Thousands call on South Korea’s Park to Step Down 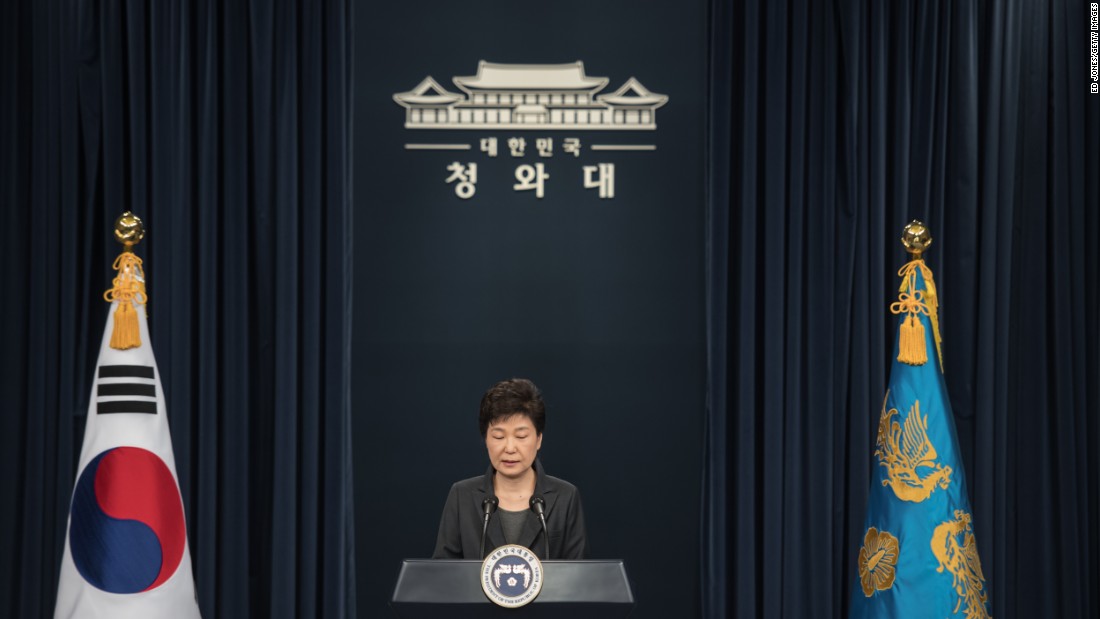 Over 10,000 people descended upon Cheonggyecheon Street, in Seoul, on Saturday, to call for resignation of President Park Geun-hye following corruption allegations. Protesters held candles and chanted “Step down, Park Geun-hye,” before marching to the capital’s city hall. The president is accused of permitting a friend to both interfere in state affairs and use her links to Ms Park for financial benefit. The president admitted on television to allowing her friend, Choi Soon-sil, to edit presidential draft speeches. Following the breaking of the scandal Ms Park sacked ten of her senior advisors.

Thousands call on South Korea’s Park to step down
By Julia Jones and Paula Hancocks, CNN 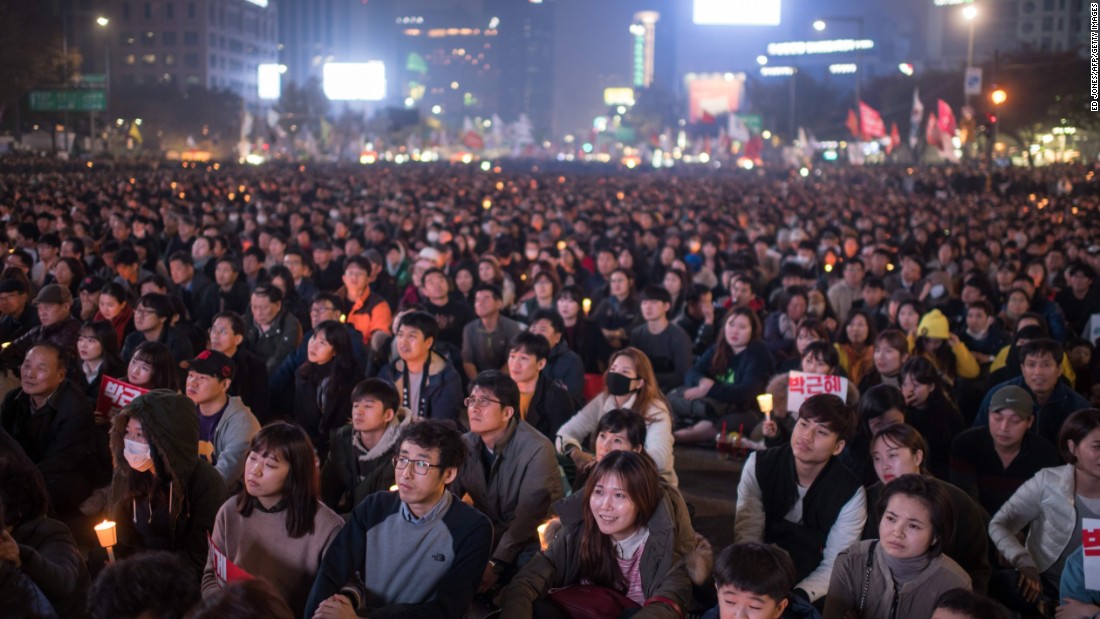 Thousands took to the streets in Seoul on Saturday, calling for Park to step down and blocking a 16-lane highway in the capital. Police said the crowd had 40,000 to 50,000 people; organizers said 100,000 protested. Park is accused of letting her confidante Choi Soon-sil, who does not hold an official government post, view confidential documents and presidential speeches.

Local media and opposition parties have accused Choi of using her relationship with Park to accumulate millions of dollars in donations to her foundations.

Prosecutors issued an arrest warrant for Choi on Wednesday on charges of abuse of power and attempted fraud. Two of Park’s former aides have been arrested on Sunday according to Yonhap News Agency.
A former presidential secretary, An Chong-bum, 57, was arrested on suspicion of abuse of authority and attempted coercion, the outlet reported. The court issued a warrant to arrest Jeong Ho-seong, the former secretary for private presidential affairs, for handing over state documents to Choi.

South Korean President Park accepts responsibility People of all ages, including children with their families, held candles and signs in Saturday’s peaceful demonstrations and chanted for Park’s resignation, easily within shouting distance of the presidential palace. Local leaders gave speeches between musical performances. “This sort of corruption happened during her father’s time, but 40 years later, things like this are met with resistance from the public,” one protester told CNN.
Another, holding a candle and with her child beside her, said: “I brought my child so that she could witness democracy in action, and also to show her this dark time in our history.”
South Korea presidential scandal: What you need to know

Park Apologizes
Friday, Park apologized for the scandal for the second time in two weeks and maintained she wasn’t being controlled by anyone else.

South Korea’s President Park Geun-Hye speaks during an address to the nation at the presidential Blue House in Seoul on November 4, 2016. “All of this happening is my fault. It happened because of my neglect,” she said in a televised address. “There are even talks of me being immersed in a cult or resorting to shamanism in the Blue House (presidential palace). I would like to say that this is absolutely not true,” she said. Choi accused of abusing Park relationship, South Korean president urged to step down

The scandal began when CNN South Korean affiliate JTBC found evidence of Choi receiving secret documents on an abandoned tablet device. Several of her key aides have resigned and on Wednesday, Park sacked the country’s prime minister, Hwang Kyo-ahn. Choi succeeded her father as leader of the Eternal Life Church after his death in 1994 and has been described as South Korea’s “Rasputin.” Scandal surrounds South Korean President Park Geun-hye

“The family has had an extraordinary influence over Park Geun-hye for essentially her entire adult life,” David Kang, a Korea expert at the University of Southern California, told CNN last week.
Thursday, a new Gallup poll in South Korea found Park’s approval rating was just 5%, with 89% having a negative opinion of her performance. Among people younger than 40, her approval was 1%.
Her overall approval rating was 30% before the scandal. CNN’s Julia Jones reported and wrote from Atlanta, and CNN’s Paula Hancocks reported from Seoul. CNN’s Ben Westcott contributed to this report.