You are here: Home / Collection / Education / Slave shackles discovered at historic Middletown home displayed in the jarring new exhibit at the Marlpit Hall by Jerry Carino 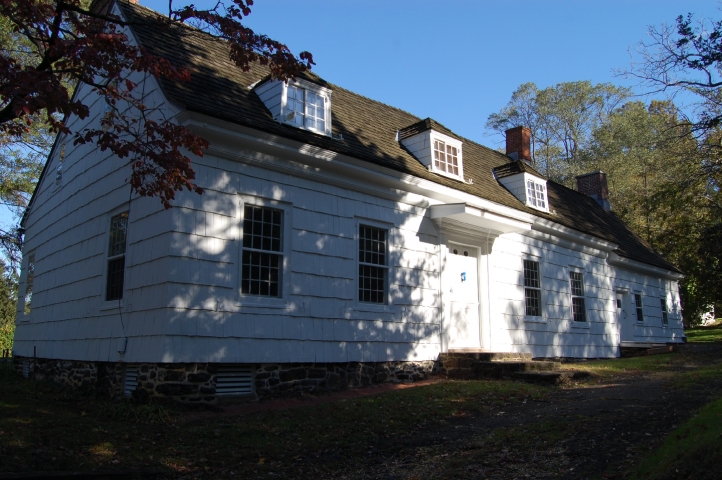 Over the summer, as he scoured historic Marlpit Hall, Joe Zemla was sifting through a 25-year-old box of stuff labeled “miscellaneous metal” when he came across something stunning.

There were two iron rings — rusting, dirty, heavily corroded — that had been found during a 1990s excavation of the 275-year-old home’s foundation and subsequently boxed away in the attic with pottery shards and other items.

“I said, ‘They look a heck of a lot like shackles,’” said Zemla, an associate curator of the Monmouth County Historical Association.

Who’re wrists, exactly? Almost certainly one of the people enslaved at Marlpit Hall.

The shackles — which have been restored to their jarring, jet-black original form — will be displayed as part of an exhibit on Monmouth County slavery that opens Saturday.  To read more go to the link below: