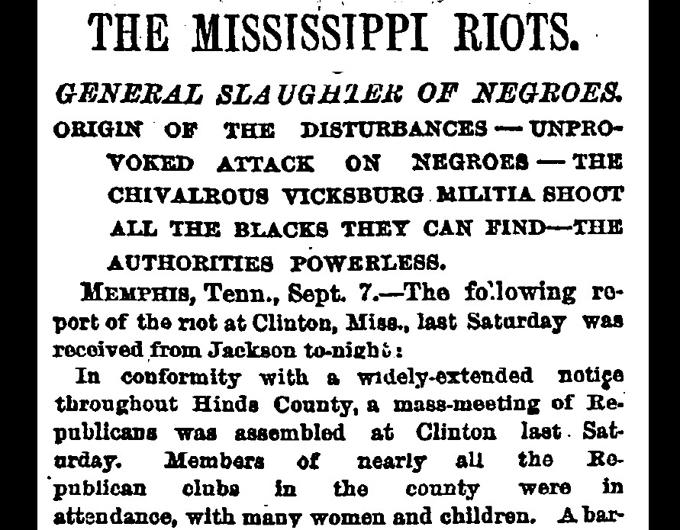 The Reconstruction eraClinton Massacre began on Sept. 4, 1875, in the small town of Clinton, Mississippi at a Republican rally to introduce the party’s candidates who were running for political office in the upcoming November elections. The immediate death toll included five African American and three white men. Over the next several days, an estimated fifty African Americans were killed.

Over 1,500 black Republicans and their families gathered on the grounds of the former Moss Hill plantation for a barbecue and political rally. Approximately 100 whites also attended, including a few Democrats from the nearby town of Raymond.

While a Republican was giving a speech, shots were fired. When the gunfire ended, a total of five African Americans, including two children, and three white people were dead, and nearly thirty others were wounded.

Although Governor Ames requested federal troops to assist in restoring order, President Ulysses Grant denied the request on September 14 and adopted a policy of non-intervention, leaving Ames and the local Black and white Republicans without protection. To read more go to the link below: