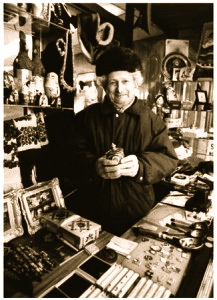 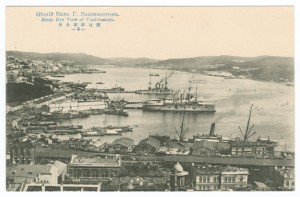 The territory that today is the U.S. state of Alaska was settled by the Russians and controlled by the Russian Empire. The southernmost such post of the Russian American Company was Fort Ross, established in 1812 by Ivan Kuskov, some 50 miles north of San Francisco, as an agricultural supply base for Russian America. It was part of the Russian-America Company, and consisted of four outposts, including Bodega Bay, the Russian River, and the Farallon Islands. There was never an established agreement made with the government of New Spain which produced great tension between the two countries. Spain claimed the land yet had never established a colony there. But due to the well armed Russian Fort, Spain could not remove the Russians living there. Without the Russians hospitality the Spanish colony would have been abandoned due to their supplies being lost when Spanish supply ships sank in a large storm off the South American coast. After the Independence of Mexico, tensions were reduced and trade was established with the new government of Mexican California.

Russian America was not a profitable colony, due to high transportation costs and declining animal population. After it was purchased by the United States in 1867, the majority of the Russian settlers went back to Russia, but some resettled in southern Alaska and California. Included in these were the first miners and merchants of the California gold rush. 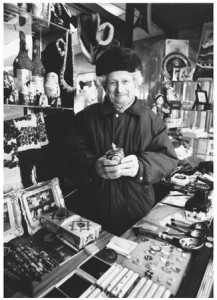 This Russian American vendor sells handicrafts from his booth in Brooklyn, New York.

The first massive wave of immigration from all areas of Europe to the United States took place in late 19th century, following the 1862 enactment of the Homestead Act.  Although some immigration took place earlier—the most notable example being Ivan Turchaninov, who immigrated in 1856 and became a Union army brigadier general – millions traveled to the new world in the last decade of the 19th century, some for political reasons, some for economic reasons, and some for a combination of both. Between 1820 and 1870 only 7,550 Russians immigrated to the USA, but starting with 1881, immigration rate exceeded 10,000 a year: 593,700 in 1891–1900, 1.6 million in 1901–1910, 868,000 in 1911–1914, and 43,000 in 1915–1917.   The most prominent Russian groups that immigrated in this period were the groups seeking freedom from religious prosecution: the Russian Jews, escaping the 1881–1882 pogroms by Alexander III, moved to New York and other coastal cities, the Molokans, treated as heretics at home, settled in the Los Angeles and San Francisco areas, two large groups of Shtundists moved to Virginia and the Dakotas, and, finally in 1908–1910, the Old Believers, prosecuted as schismatics, arrived and settled in small groups in California, Oregon, Pennsylvania, and New York. Immigrants of this wave include Irving Berlin, legend of American songwriting and André Tchelistcheff, influential Californian winemaker. 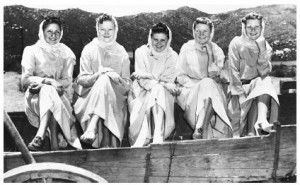 Taken in 1947, this photograph demonstrates the influence of American fashion on traditional Russian dress. The lace shawls of these women are called kascinkas; their high-heeled shoes are American.

A large wave of Russians immigrated in the short time period of 1917–1922, in the wake of October Revolution and Russian Civil War. This group is known collectively as the White emigres. United States of America was the second largest destination for those immigrants, after France.   This wave is often referred to as the first wave, when discussing Soviet era immigration. The head of the Russian Provisional Government, Alexander Kerensky, was one of those immigrants.

Since the immigrants were of the higher classes of the Russian Empire, they contributed significantly to American science and culture. Inventors Vladimir Zworykin, often referred to as “father of television”, Alexander M. Poniatoff, the founder of Ampex, and Alexander Lodygin, arrived with this wave. The American army benefited greatly with the arrival of such inventors as Igor Sikorsky (who invented the Helicopter and Aerosan), Vladimir Yourkevitch, and Alexander Procofieff de Seversky. Sergei Rachmaninoff and Igor Stravinskyare by many considered to be among the greatest composers ever to live in the United States of America. The novelist Vladimir Nabokov, the violinist Jasha Heifetz, and the actor Yul Brynner also left Russia in this period. 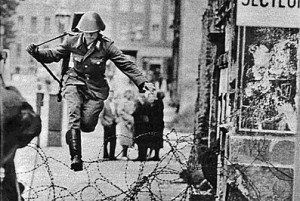 During the Soviet era, emigration was prohibited, and limited to very few defectors and dissidents who immigrated to the United States of America and other Western Bloc countries for political reasons. Some fled the Communist regime, such as Ayn Rand in 1926 or Aleksandr Solzhenitsyn in 1974, some were communists themselves, and left in fear of prosecution, such as KGB operative Alexander Orlov who escaped the purge in 1938 or Svetlana Alliluyeva, daughter of Joseph Stalin, who left in 1967. Some were diplomats and military personnel who defected to sell their knowledge, such as the pilots Viktor Belenko in 1976 and Alexander Zuyev in 1989.

Following the international condemnation of the Soviet reaction to Dymshits-Kuznetsov hijacking affair in 1970, the Soviet Union temporarily loosened emigration restrictions for Jewish emigrants, which allowed nearly 250,000 people leave the country, escaping covert anti-semitism. Emigrants included the family of Google co-founder Sergey Brin, which moved to the US in 1979, citing the impossibility of an advanced scientific career for a person of Jewish descent.

The slow Brezhnev stagnation of the 1970’s and the following economic and political reforms of 1980s prompted an increase of economic immigration to the United States, where artists and athletes defected or legally emigrated to the US to further their careers: ballet stars Mikhail Baryshnikov in 1974 and Alexander Godunov in 1979, composer Maxim Shostakovich in 1981, hockey starAlexander Mogilny in 1989 and the entire Russian Five later, gymnast Vladimir Artemov in 1990, glam metal band Gorky Park in 1987, and many others.