You are here: Home / Media / Music / Rolling Stones give free concert in Cuba 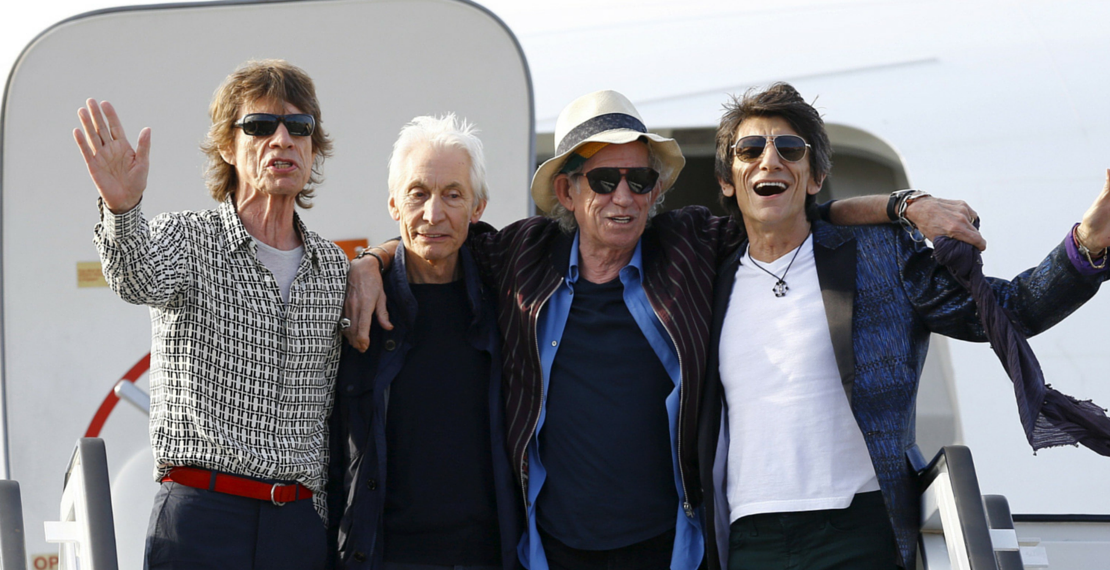 The Rolling Stones’ opening number in Havana Cuba March 25, 2016. Rock and Roll music was once banned in Cuba as “culturally subversive.” This was the first time a rock band has ever performed live in Cuba. 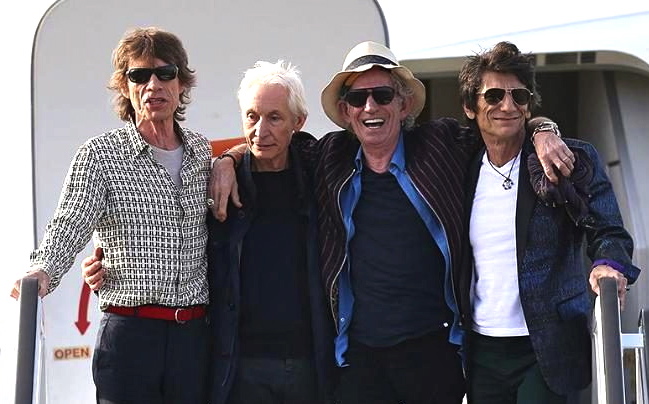 HAVANA (AP) — Tens of thousands of jubilant Cubans swarmed the site of the Rolling Stones’ free concert in Havana Friday, calling it a historic moment for a country that once forced rock fans to listen to their favorite music behind closed doors.

Coming two days after Barack Obama finished the first trip to Cuba by a U.S. president in nearly 90 years, the evening concert cemented the communist-run nation’s opening to the world. Organizers expect at least a half million spectators to see the biggest act to play in Cuba since its 1959 revolution.

“After today I can die,” said night watchman Joaquin Ortiz. The 62-year-old said he’s been a huge rock fan since he was a teenager in the 1960s, when Cuba’s communist government frowned on U.S. and British bands and he had to hide his Beatles and Stones albums in covers borrowed from albums of appropriately revolutionary Cuban groups. “This is like my last wish, seeing the Rolling Stones.”

Small groups of people slept overnight outside the Ciudad Deportiva, or Sports City, where a massive stage had been set up for the British rock legends. Tens of thousands more people streamed toward the outdoor sports complex throughout the day.

Many of those waiting outside the concert gates to be among the first to get in were foreigners, for whom seeing Cuba was as novel as seeing the Rolling Stones is for Cubans.

“This has been one of my life-long dreams, to come to Cuba on my sailboat,” Herold said.

Tara Mascarenhas, a 43-year-old business consultant from Chelsea, Quebec, said David Bowie’s recent death inspired her to catch the Rolling Stones while they were still playing, and the historic nature of the Cuba concert provided an extra push.

“It’ll be quite nice to be able to see Keith (Richards) in the flesh,” she said, adding that she decided to come with only two weeks’ notice. “It’s a slight crazy opportunity.” 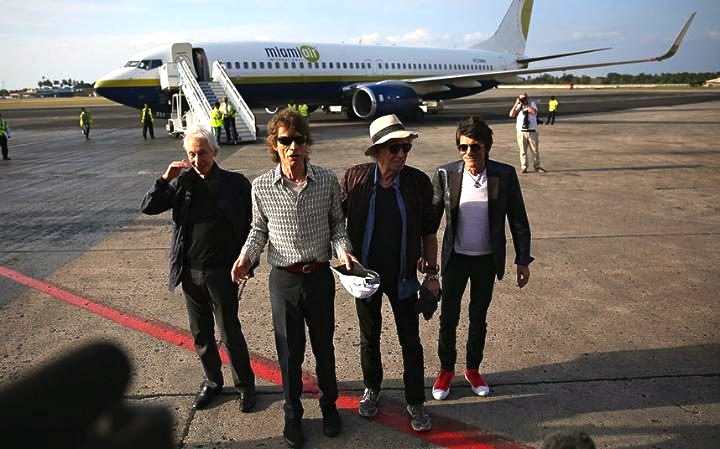 On arrival in Havana, lead singer Mick Jagger indirectly referenced the recent changes in Cuba. Obama re-established diplomatic relations with Cuba last year and called for the two countries to move toward full normalization in order to end the legacy of the Cold War and prompt Cuba to engage in more reforms of its single-party system and centrally controlled economy.

“Obviously something has happened in the last few years,” Jagger told reporters at Jose Marti International Airport. “So, time changes everything… we are very pleased to be here and I’m sure it’s going to be a great show.”

Cuban musicologist Joaquin Borges characterized the event as “very important,” saying it would be the biggest rock concert of its kind ever on the island. He predicted that it would encourage “other groups of that stature to come and perform.”

“It’s a dream that has arrived for the Cuban people,” radio host and rock music specialist Juanito Camacho. “A lot of young Cubans will like the music but it will also satisfy the longings of older generations.” 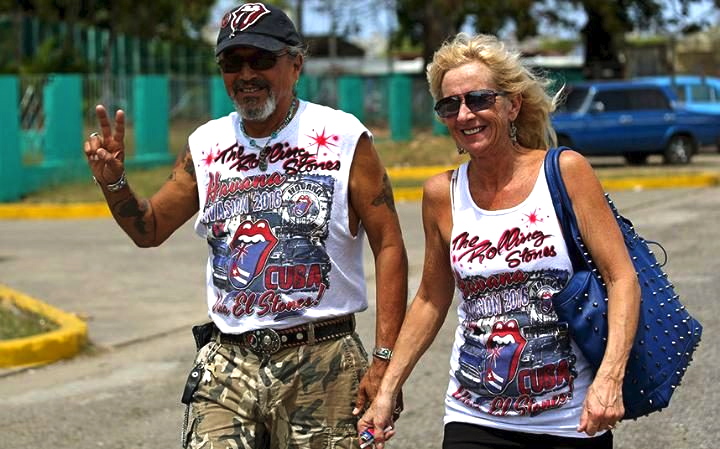 Some Cuban concert-goers said it made them more optimistic about the future of their country.

“This is history,” said Raul Podio, a 22-year-old employee of a state security firm, who was joined by a group of young friends. “I would like to see more groups, for there to be more variety, for more artists to come, because that would mean we are less isolated.”

The band’s private plane carried the four British rockers, family members and about 60 technical workers to manage the huge amount of gear brought to the island for the concert, including seven huge screens and 1,300 kilograms (2,866 pounds) of sound equipment.

“We have performed in many special places during our long career, but this show in Havana will be a milestone for us, and, we hope, for all our friends in Cuba, too,” the band said in a statement released before the arrival Thursday night.

While they waited hours for the show to begin, fans listened to a loop of songs by popular artists including Amy Winehouse while a lone vendor tried to sell popcorn to members of the crowd. Security was heavy, provided by private guards in yellow jackets and hundreds of Cuban police and black-clad Interior Ministry officers in black jumpsuits. 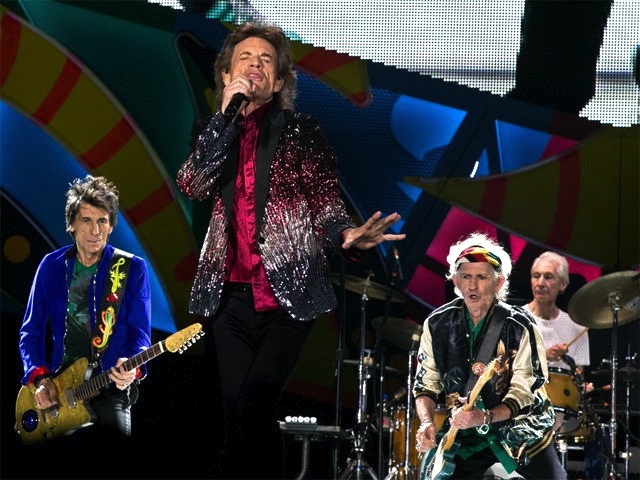 In the heat of Cuba’s revolution from the 1960’s to the 1980s, foreign bands such as The Rolling Stones were considered subversive and blocked from the radio. Rock music such as the Stones’ wasn’t officially prohibited in public, but it was disapproved of. Cubans listened to their music in secret, passing records from hand to hand.

At the Havana concert, Smith, who sailed to Havana from Key West with Herold, said the concert provided inspiration to come to Cuba after years of thinking about it and he didn’t regret it.

It doesn’t get any better than that,” he said.