You are here: Home / Education / Politics / US Politics / Women Who Made History / Rep. Liz Cheney Stock Went Up 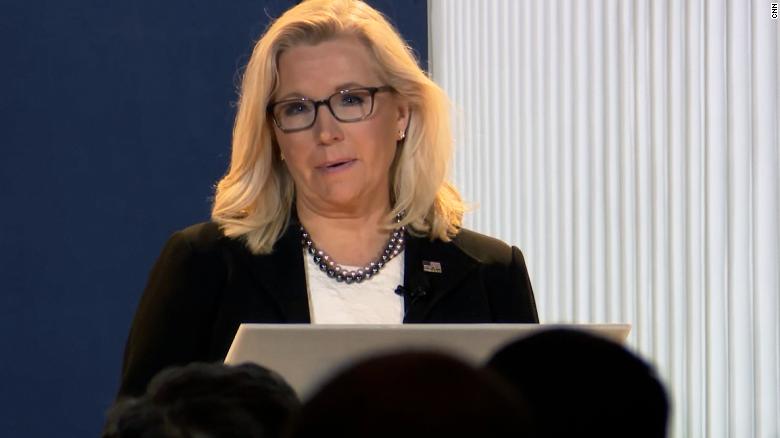 GOP Rep. Liz Cheney delivered a searing rebuke of former President Donald Trump and GOP leaders at the Ronald Reagan Presidential Library Wednesday night, recounting some of the damning details that the House select committee investigating January 6, 2021, has uncovered thus far and praising the bravery of witnesses — particularly the young female aides — who have come forward to aid its investigation.” We are confronting a domestic threat that we have never faced before — and that is a former President who is attempting to unravel the foundations of our constitutional Republic,” said Cheney, the vice-chair of the House committee. “And he is aided by Republican leaders and elected officials who have made themselves willing hostages to this dangerous and irrational man.” The congresswoman’s blistering critique of Trump comes as the former President is reportedly weighing the launch of another presidential bid, potentially before the midterms.

Cheney, a Wyoming Republican facing a Trump-backed primary challenger later this summer, acknowledged that it would certainly be an “easier path” to just look away. But she also said everyone has a responsibility to confront the threat to democracy that is posed by Trump. To read more go to the link below: