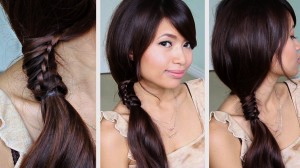 Ancient Hairstyles from the Korean Shilla Dynasty Come to Life

For centuries, women have created diverse hairstyles, and Korea’s Shilla (pron: She-la) dynasty women were no exception. And it’s no wonder – their elaborate and detailed hairstyles had inspiration from China’s Tang Dynasty. Our correspondent takes a look at some of the popular hairstyles of the time, 1000 years ago. 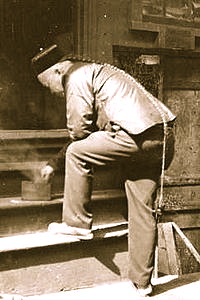 The queue or cue is a hairstyle, frequently used in reference to men, in which the hair is worn long and gathered up into a ponytail, often braided. It was worn traditionally by the Manchu people of Manchuria and certain Native American groups.

Jurchen men wore their hair in queues like their Manchu descendants. In 1126 the Jurchen initially ordered male Han within their conquered territories to adopt Jurchen hairstyle by shaving the front of their heads and to adopt Jurchen dress, but the order was lifted. Jurchen were impersonated by Han rebels who wore their hair in the Jurchen “pigtail” to strike fear within their population. 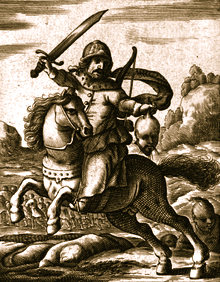 A European artist’s conception of a Manchu warrior in China – surprisingly, holding the severed head of an enemy by its queue (which, actually, looks more like a Ukrainian Cossack chupryna). Later historians noted this as an inconsistency in the picture. (From the cover of Martino Martini’s Regni Sinensis a Tartari devastati enarratio, 1661)

A European artist’s conception of a Manchu warrior in China – surprisingly, holding the severed head of an enemy by its queue (which, actually, looks more like a Ukrainian Cossack chupryna). Later historians noted this as an inconsistency in the picture. (From the cover of Martino Martini’s Regni Sinensis a Tartari devastati enarratio, 1661).

The queue was a specific male hairstyle worn by the Manchu people from central Manchuria and later imposed on the Han Chinese during the Qing dynasty. The hairstyle consisted of the hair on the front of the head being shaved off above the temples every ten days and the rest of the hair braided into a long ponytail.

The hairstyle was compulsory for all males and the penalty for not complying was execution for treason. In the early 1910s, after the fall of the Qing dynasty, the Chinese no longer had to wear it. Some, such as Zhang Xun, still did as a tradition, but most of them abandoned it after the last Emperor of China, Puyi, cut his queue in 1922. 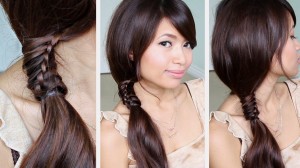 The Manchu hairstyle was forcefully introduced to Han Chinese in the early 17th century. Nurhaci achieved the creation of the Aisin Gioro dynasty, later becoming the Qing dynasty of China, after having defeated Ming dynasty forces in southern Manchuria. Once firmly in power, Nurhaci commanded all men in the areas he conquered to adopt the Manchu hairstyle.

The Manchu hairstyle was significant because it was a symbol of Han submission to Qing rule. The queue also aided the Manchus in identifying those Han who refused to accept Qing dynasty domination. 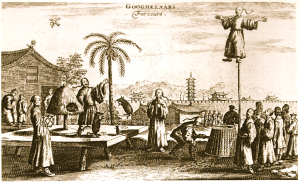 Chinese circus performers soon after the Manchu conquest, wearing queues. (Drawing by Johan Nieuhof, 1655-57)
The Queue Order (simplified Chinese: 剃发令; traditional Chinese: 剃髮令; pinyin: tìfàlìng), or tonsure decree, was a series of laws violently imposed by the Qing (Manchu) dynasty in the seventeenth century. It was also imposed on Taiwanese aborigines in 1753, and Koreans who settled in northeast China in the late 19th century, though the Ryukyuan people, whose kingdom was a tributary of China, requested and were granted an exemption from the mandate.

Traditionally, adult Han Chinese did not cut their hair. According to the Classic of Filial Piety, Confucius said

“ We are given our body, skin and hair from our parents; which we ought not to damage. This idea is the quintessence of filial duty. (身體髮膚，受之父母，不敢毀傷，孝至始也。)”

As a result of this ideology, both men and women wound their hair into a bun or other various hairstyles.
A soldier during the Boxer Rebellion with queue and conical Asian hat 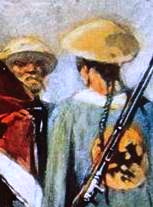 In 1644 Beijing was sacked by a coalition of rebel forces led by Li Zicheng, a minor Ming dynasty official turned leader of the peasant revolt. The Chongzhen Emperor committed suicide when the city fell, marking the official end of the Ming dynasty. The Manchus then allied with Ming general Wu Sangui and seized control of Beijing, overthrowing Li’s short-lived Shun dynasty. They then forced Han Chinese to adopt the queue as a sign of submission.

A year later, after the Manchus had reached South China, on 21 July 1645 Dorgon issued an edict ordering all Chinese men to shave their foreheads and braid the rest of their hair into a queue identical to those of the Manchus. The Han Chinese were given 10 days to comply or face death. Although Dorgon admitted that followers of Confucianism might have grounds for objection, most Han officials cited the Ming dynasty’s traditional System of Rites and Music as their reason for resistance. This led Dorgon to question their motives: “If officials say that people should not respect our Rites and Music, but rather follow those of the Ming, what can be their true intentions?”

The slogan adopted by the Qing was “Keep your hair and lose your head, or keep your head and cut your hair” (Chinese: 留髮不留頭，留頭不留髮; pinyin: liú fà bù liú tóu, liú tóu bù liú fà). The Han Chinese people resisted the order and the Manchu rulers struck back with deadly force, massacring all who refused to obey. Rebels in Shandong tortured to death the official who suggested the queue order to Dorgon, and killed his relatives.

The three massacres at Jiading District is one of the most infamous, with estimated death tolls in the tens or even hundreds of thousands. The imposition of this order was not uniform; it took up to 10 years of martial enforcement for all of China to be brought into compliance.

Since the Qing dynasty grouped Muslims by language, they grouped the Han Hui (currently known as Hui people) with Han Chinese since both of them spoke Chinese, and made them wear the queue. Turkic Muslims, like the Uyghur and Salar people, did not have to wear the queue.

However, after an invasion of Kashgar by Jahangir Khoja, Turkistani Muslim begs and officials in Xinjiang eagerly fought for the “privilege” of wearing a queue to show their steadfast loyalty to the Empire. High ranking begs were granted this right.

The purpose of the Queue Order was to demonstrate loyalty to the Qing and, conversely, growing one’s hair came to symbolize revolutionary ideals, such as during the White Lotus Rebellion; the Taiping Rebellion being called the Long hairs (長毛) or Hair rebels (髮逆).

Resistance to the Queue

Han Chinese resistance to adopting the queue was widespread and bloody. The Chinese in the Liaodong Peninsula rebelled in 1622 and 1625 in response to the implementation of the mandatory hairstyle. The Manchus responded swiftly to this rebellion by killing the educated elite and instituting a stricter separation between Han Chinese and Manchus.

In 1645, the adoption of the queue was taken a step further by the ruling Manchus when it was decreed that any man who did not adopt the Manchu hairstyle within ten days would be executed. The intellectual Lu Xun summed up the Chinese reaction to the implementation of the mandatory Manchu hairstyle by stating, “In fact, the Chinese people in those days revolted not because the country was on the verge of ruin, but because they had to wear queues.” In 1683 Zheng Keshuang surrendered and queued.

The queue became a symbol of the Qing dynasty and a custom except among Buddhist monastics.[22][23][24] Some revolutionists, supporters of the Hundred Days’ Reform or students who studied abroad cut their braids. The Xinhai Revolution in 1911 led to a complete change in hairstyle almost overnight. The queue became unpopular as it became associated with a fallen government; this is depicted in Lu Xun’s short story Storm in a Teacup in which Chinese citizens in Hong Kong collectively changed to short haircuts.