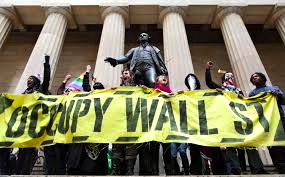 Many New York City Unions have thrown their support behind the Occupy Wall Street protests. Cenk Uygur discusses which unions have joined the cause and future rallies. 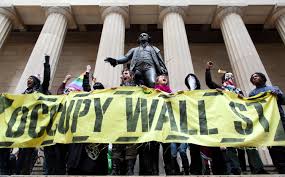 Esquire names Micah White one of the most influential under 35 year olds alive today. Here’s an excerpt from Micah’s interview with Esquire:

“I’m not satisfied anymore with just the standard repertoire of activism. We have to really rethink the foundation of activism. And that’s what I’m trying to do.

The protest tactics that we’ve developed—the repertoire of tactics that we’ve developed—like, marching and these kinds of things, are designed to influence liberal democracy. They were designed to influence people—like, elected representatives—who had to listen to their constituents. But the breakdown of that paradigm happened on February 15, 2003, when the whole world had an anti-war march and President George Bush said, “I don’t listen to focus groups.” He said that, basically, by saying that, he basically said, “It doesn’t matter if you mass a million, billion, six billion people or whatever. It doesn’t matter. It doesn’t matter.”

My thinking is moving away from protest. Instead, I’m more interested now with the power of social mobilization. The power of, basically, getting large numbers of people to change their behaviors, to depattern themselves, to actually get the facts collectively in order to tackle global challenges.

I think where it’s going now, it’s much more towards the Five Star in Italy, where they do things like getting people elected or, like, running very complicated organizations that are able to manage global problems. One of the things that’s happening is that we’re seeing these global problems that everyone faces, like Ebola, and that social movements might be the answer to those kind of problems, too. Right? Because they mobilize large numbers of people. They get large number of people to do highly synchronized actions together.

I was a sophomore in college at Swarthmore on 9/11. And that was, like, the inflection point. And that was the point, too, that I kind of, like, really changed my approach to activism and tried to directly influence, like a lot of people, the war. I started to see the power of the Internet to allow for global action at the same time. Like, on February 15, 2003, we had, like, a global synchronized action on every continent on earth. Which I think would’ve been impossible prior to the Internet and stuff like that.

Arab Spring is absolutely crucial. And it was absolutely crucial for my own development because I have lived in Egypt for nine months in, like, you know, 2005 or 2006. My wife’s father is a former ambassador to Egypt. I remember staying at the embassy and seeing, like, how many police officers Mubarak would employ to, like, keep order in his society. I mean, I remember seeing that and I remember thinking, at the time, like, “Wow. A revolution would be impossible here with all these police officers.” Like, they would have dozens and dozens and dozens of police officers everywhere. Then, lo and behold, a revolution happened in Tahir Square. That opened my eyes.

I’m at the library and I’m reading all these books about revolution. Is there a pattern that always happens? And there is. De Tocqueville is who observed that that revolution often just functions to strengthen state power. I think that that’s why the movement towards kind of, you know, horizontalist, Internet-enabled, populist movements is a way to not repeat that pattern.

The total cost of Occupy was probably under, like, $500. It’s ridiculous. It’s like a force multiplier. That is allowing history to be changed very rapidly.

If there’s gonna be a revolution, it’ll happen non-violently. I think it’ll be a very peaceful kind of. It’ll be more like an awakening, you know?

Micah White PhD. 32, is an activist and former Adbusters editor who saw the protests of Tahrir Square and launched the Occupy Wall Street movement—and the wealth-gap debate that’s raged ever since—with a letter that began “All right you 90,000 redeemers, rebels, and radicals out there . . .” He’s since opened Boutique Activist Consultancy. (Motto: “We Win Lost Causes”).