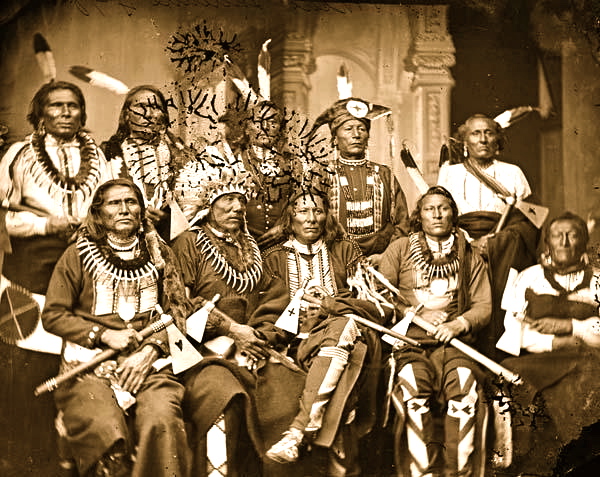 The powerful and hard-hitting documentary, American Holocaust, is quite possibly the only film that reveals the link between the Nazi holocaust, which claimed at least 6 million Jews, and the American Holocaust which claimed, according to conservative estimates, 19 million Indigenous People. It is seldom noted anywhere in fact, be it in textbooks or on the internet, that Hitler studied Americas Indian policy, and used it as a model for what he termed the final solution. He wasnt the only one either. Its not explicitly mentioned in the film, but its well known that members of the National Party government in South Africa studied the American approach before they introduced the system of racial apartheid, which lasted from 1948 to 1994. Other fascist regimes, for instance, in South and Central America, studied the same policy. Noted even less frequently, Canadas Aboriginal policy was also closely examined for its psychological properties. America always took the more wide-open approach, for example, by decimating the Buffalo to get rid of a primary food source, by introducing pox blankets, and by giving $1 rewards to settlers in return for scalps of Indigenous Men, women, and children, among many, many other horrendous acts. Canada, on the other hand, was more bureaucratic about it. They used what I like to call the gentlemans touch, because instead of extinguishment, Canada sought to remove the Indian from the Man and the Women and the Child, through a long-term, and very specific program of internal breakdown and replacement call it assimilation. America had its own assimilation program, but Canada was far more technical about it. Perhaps these points would have been more closely examined in American Holocaust if the film had been completed. The films director, Joanelle Romero, says shes been turned down from all sources of funding since she began putting it together in 1995. Perhaps its just not good business to invest in something that tells so much truth? In any event, Romero produced a shortened, 29-minute version of the film in 2001, with the hope of encouraging new funders so she could complete American Holocaust. Eight years on, Romero is still looking for funds. American Holocaust may never become the 90-minute documentary Romero hoped to create, to help expose the most substantial act of genocide that the world has ever seen one that continues even as you read these words.

The Native American Indians are an important part of the culture of the United States. While their people have lived on this land for thousands of years, today their numbers are dwindling. Once, the Native Americans lived on this continent with little discourse and disruption. They were well fed, content, and established. In fact, the men and women usually were placed in typical roles.

The men were hunters, warriors, and protectors, while the women tended to the children, their homes, and farmed. It depended on the tribe when it came to artwork. In some tribes, the men would actually weave baskets and blankets. Natural foods were consumed and hunted. Deer, buffalo, fish, and various birds were the game of choice. Corn, beans, squash, berries, nuts, and melons were the fruits and vegetables that were consumed. Berries were also often used as a natural dye for fabrics.

While the late 1800’s into the 1900’s and beyond began to bring struggle to the Native American Indians, they fought a tough battle in pursuit of protecting their land. Many different laws were passed by various US presidents stating that the Indians should be removed. In other cases, bloody battles were fought with lives lost on both sides. The Native American Indians were forced out of their homeland, prompting such legendary stories as the Trail of Tears.

The Trail of Tears or the “Walk of Shame” is a name given to the forced relocation and movement of Native American nations from southeastern parts of the United States following the Indian Removal Act of 1830. The removal included many members of the Cherokee, Muscogee (Creek), Seminole, Chickasaw, and Choctaw nations, among others in the United States, from their homelands to Indian Territory (eastern sections of the present-day state of Oklahoma). The phrase originated from a description of the removal of the Choctaw Nation in 1831.[1] Many Native Americans suffered from exposure, disease and starvation en route to their destinations. Many died, including 4,000 of the 15,000 relocated Cherokee.

Eventually many simply adopted the European way of dress and even religion, with many Indians converting over to Christianity. Today, there are approximately 560 federally recognized Native American tribes within the United States. Many face problems such as poverty, alcohol abuse, and heart disease. Fortunately there are some who want to be sure the Native American history and way of life is preserved, so that we never forget the important role they have played in the development of this nation.

The Battle of Little Big Horn, known as ”Custer’s Last Stand,” has been one of the most frequently depicted moments in American history—and one of the least understood, still shrouded in myth.

The battle has inspired over 1,000 different paintings and works of art, calendar displays, comic books and cereal boxes. The golden-haired general and his doomed 7th Cavalry have been wiped out by Indians in more than 40 films. Yet the battle that left no white survivors also left two very different accounts of Little Big Horn: one white; one Native. Using journals, oral accounts and Indian ledger drawings as well as archival and feature films, a Native American novelist, James Welch (Winter in the Blood, The Indian Lawyer) and a white filmmaker, Paul Stekler (Eyes on the Prize) combine talents to examine this watershed moment from two views: from that of the Lakota Sioux, Cheyenne and Crow who lived on the Great Plains for generations; and from that of the white settlers who pushed west across the continent. Pulitzer Prize-winning Native American writer Scott Momaday narrates.