You are here: Home / Education / Events / Sports / Marvin Hagler’s Wife Says It ‘Wasn’t The Vaccine That Caused His Death’ by Bruce C.T. Wright

Marvin Hagler’s Wife Says It ‘Wasn’t The Vaccine That Caused His Death’ by Bruce C.T. Wright 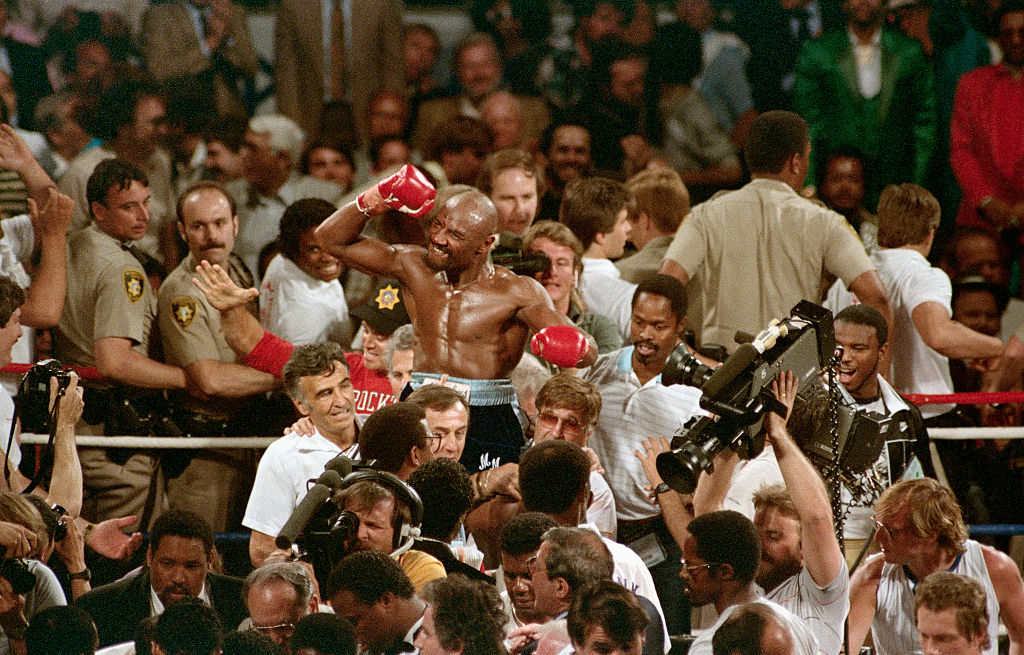 Marvin Hagler’s wife is speaking out to address the cause of her husband’s death after rampant speculation following the announcement this weekend.

Kay Hagler announced the boxing icon died Saturday. But her announcement followed a claim from rival boxing legend Thomas Hearns that stated without proof that Hagler had been hospitalized from adverse reactions to “the vaccine.”

Now, Kay Hagler is attempting to set the record straight. She took to Hagler’s Facebook fan page — the same medium through which she announced the death on Saturday — and seemingly dismissed Hearns’ “stupid” claims. Her comments came as conspiracy theories flooded social media timelines about the cause of Hagler’s death.

“I was the only person close to him until the last minute , and I am the only person that know how things went not even his family know all the details and I do NOT accept to read some stupid comment without knowing really what happen,” Kay Hagler posted on Monday morning. “For sure wasn’t the vaccine that caused his death . My baby left in peace with his usually smile and now is not the time to talk nonsense .”

Kay Hagler also said there wouldn’t be a funeral because her husband never liked them.

“He wants to be remembered with a happy smile,” she wrote while hinting that there could be an upcoming memorial — “something special that I will do because it was his wishes.” She said she will provide those details “at the right time.” But for now she said, “I just need time.” To read more go to the link below, Rest In Peace MARVIN HAGLER.