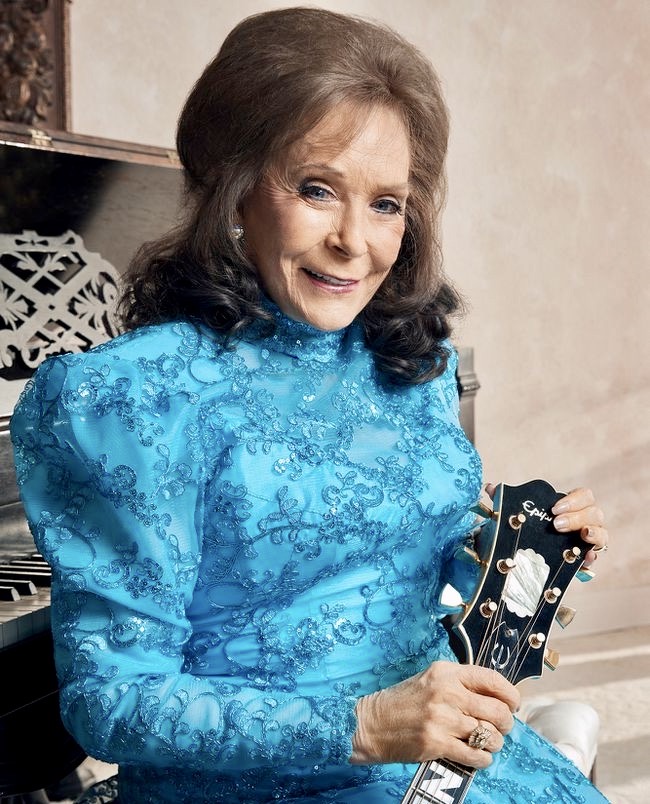 Loretta Lynn, a dirt-poor Kentucky coal miner’s daughter who rose to the greatest heights of international stardom, died Tuesday morning at her home in Tenneesee.

“Our precious mom, Loretta Lynn, passed away peacefully this morning, Oct. 4, in her sleep at home in her beloved ranch in Hurricane Mills,” her family said in a statement.

In April, the country legend had celebrated her 90th birthday with well-wishes from musicians all over the world.

“To us, you’re always timeless and ageless and always will be,” Tim McGraw said at the time.

Lynn had been hospitalized in Nashville, Tennessee, in 2017 after suffering a stroke at her Hurricane Mills home. The country singer was also hospitalized several times in her life for exhaustion and pneumonia — all the while continuing to tour concert halls and greet visitors to her ranch in Hurricane Mills, Tennessee.

While Lynn was still not well enough to attend the preview party to celebrate her new exhibit at the Country Music Hall of Fame and Museumin Nashville Aug. 23, she instead sent her daughter, Patsy Lynn Russell, off with what she called “a piece of me” – the two wedding bands given to her by her late husband, Oliver (Doolittle) Lynn.

“It took her so long to get one, I think he felt she deserved two,” Russell said as she fingered the two identical bands, each studded with a row of small diamonds. “She took them off her finger and gave them to me today … It’s kind of like she gets to go through [the exhibit] with me.” To read more go to the link below: