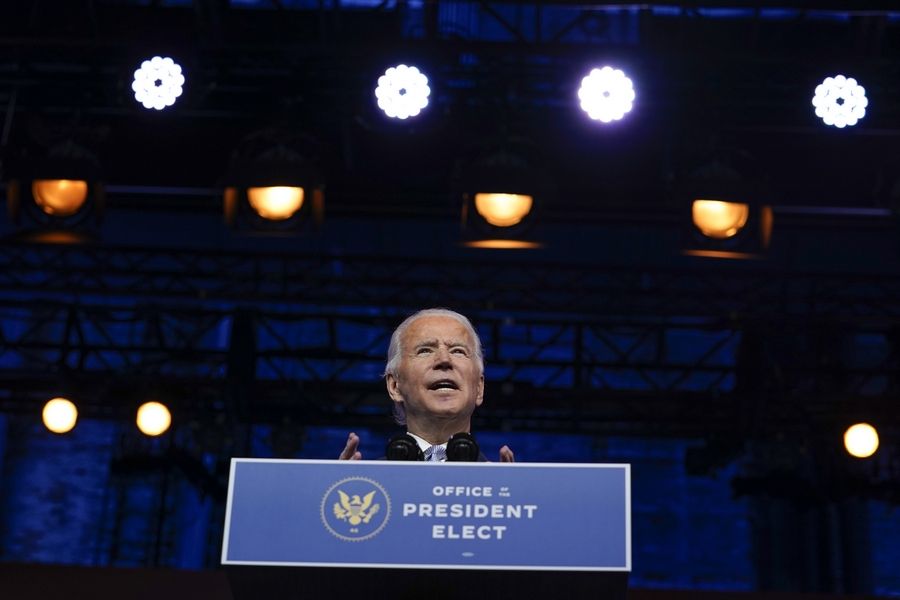 President-elect Joe Biden is announcing his first Cabinet picks, a tangible sign that a new administration is moving ahead despite President Trump’s continuing efforts to stymie it and to overturn the election result.

Joe Biden will nominate his longtime adviser Antony Blinken to be secretary of state. Blinken, 58, served as deputy secretary of state and deputy national security adviser during the Obama administration and has close ties with Biden. If confirmed, he would be a leading force in the incoming administration’s bid to reframe the U.S. relationship with the rest of the world after four years in which President Donald Trump questioned longtime alliances.

Blinken will inherit a deeply demoralized and depleted career workforce at the State Department. Trump’s two secretaries of state, Rex Tillerson and Mike Pompeo, offered weak resistance to the administration’s attempts to gut the agency, which were thwarted only by congressional intervention.

Although the department escaped massive proposed cuts of more than 30% in its budget for three consecutive years, it has seen a significant number of departures from its senior and rising mid-level ranks, from which many diplomats have opted to retire or leave the foreign service given limited prospects for advancements under an administration that they believe does not value their expertise.

Blinken served on the National Security Council during the Clinton administration before becoming staff director for the Senate Foreign Relations Committee when Biden was chair of the panel. In the early years of the Obama administration, Blinken returned to the NSC and was then-Vice President Biden’s national security adviser before he moved to the State Department to serve as deputy to Kerry.

A graduate of Harvard University and Columbia Law School, Blinken has aligned himself with numerous former senior national security officials who have called for a major reinvestment in American diplomacy and renewed emphasis on global engagement.

“Democracy is in retreat around the world, and unfortunately it’s also in retreat at home because of the president taking a two-by-four to its institutions, its values and its people every day,” Blinken told The Associated Press in September. “Our friends know that Joe Biden knows who they are. So do our adversaries. That difference would be felt on day one.” To read more go to the link below: