You are here: Home / Law Enforcement in US / History of the New York City Police Department 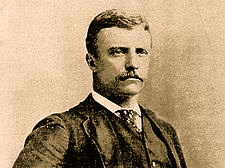 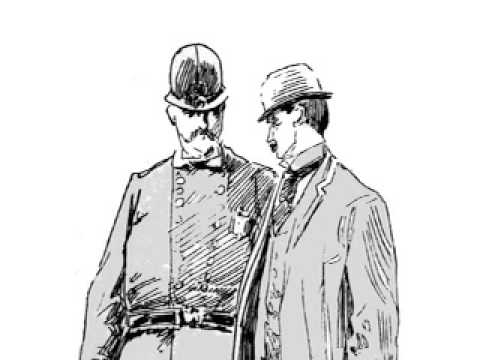 Facts and figures about the activities of the NYC Police in 1891, based on a newspaper article of the day. Illustrations by EJ Meeker, with narration by his great-grandson, Rick Glasby. 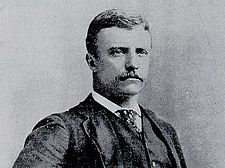 The New York City Police Department was established in 1844. At the time, New York City’s population of 320,000 was served by a force consisting of one night watch, one hundred city marshals, thirty-one constables, and 51 municipal police officers.   Peter Cooper, at request of the Common Council, drew up a proposal to create a police force of 1,200 officers. John Watts de Peyster was an early advocate of implementing military style discipline and organization to the force.   The state legislature approved the proposal which authorized creation of a police force on May 7, 1844, along with abolition of the nightwatch system.   Under Mayor William Havemeyer, the NYPD was reorganized on May 13, 1845, with the city divided into three districts, with courts, magistrates, and clerks, and station houses set up.   The NYPD was closely modeled after theMetropolitan Police Service in London, England which itself used a military-like organizational structure, with rank and order. A navy blue uniform was introduced after long debate in 1853.

In 1857, Republican reformers in the state capital, Albany, as part of their effort to rein in the Democratically controlled New York City government, created a new Metropolitan police force and abolished the Municipal police.   The Metropolitan police bill consolidated the police in New York, Brooklyn, Staten Island, and Westchester County (which then included The Bronx), under agovernor-appointed board of commissioners.   Mayor Fernando Wood and the Municipals, unwilling to be abolished, resisted for several months, during which time, the city effectively had two police forces, the State-controlled Metropolitans – which included 300 policemen and 7 captains who left the Municipal police, but was primarily made up of raw recruits with little or no training – and the Municipals – controlled directly by Wood and including 800 policeman and 15 captain who stayed. The division between the forces was ethinically determined, with immigrants largely staying with the Municipals, and those of Anglo-Dutch heritage going to the Metropolitans. 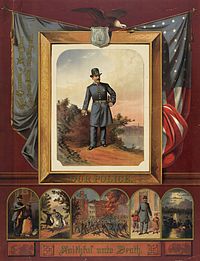 A print from 1873 dedicated to the New York Municipal Police: “Our Police. Faithful unto Death”

Unfortunately, the untested Metropolitans failed to prevent rioting in the city the next day, Independence Day, and had to be rescued by the nativist Bowery Boys gang when the Irish-immigrant gang the Dead Rabbits attacked the “Mets”. Barricades were erected and the battle went on for hours, the worst rioting in the city since 1849. The next Sunday, peace was maintained by the National Guard, but a week later, on July 12, German-immigrants in Little Germany rioted when the Metropolitans attempted to enforce the new reform liquor laws and close down saloons. A blacksmith was killed in the skirmish, and the next day, ten thousand marched up Broadway with a banner proclaiming Opfer der Metropolitan-Polizei (“Victim of the Metropolitan Police”).

Throughout the years, the NYPD has been involved with a number of riots in New York City. In July 1863, the New York State Militiaswere absent to aid Union troops, when the 1863 Draft Riots broke out, leaving the police who were outnumbered to quell the riots.   TheTompkins Square Riot occurred on January 13, 1874 when police crushed a demonstration involving thousands of unemployed in Tompkins Square Park. Newspapers, including The New York Times, covered numerous cases of police brutality during the latter part of the 19th century. Cases often involved officers using clubs to beat suspects and persons who were drunk or rowdy, posed a challenge to officers’ authority, or refused to move along down the street. Most cases of police brutality occurred in poor immigrant neighborhoods, including Five Points, the Lower East Side, and Tenderloin.

Beginning in the 1870s, politics and corruption of Tammany Hall, a political machine supported by Irish immigrants infiltrated the NYPD, which was used as political tool, with positions awarded by politicians to loyalists. Many officers and leaders in the police department took bribes from local businesses, overlooking things like illegal liquor sales. Police also served political purposes such as manning polling places, where they would turn a blind eye to ballot box stuffing and other acts of fraud.

The Lexow Committee was established in 1894 to investigate corruption in the police department.   The committee made reform recommendations, including the suggestion that the police department adopt a civil service system. Corruption investigations have been a regular feature of the NYPD, including the Knapp Commission of the 1970’s, and the Mollen Commission of the 1990s.

Around the turn of the century, the NYPD began to professionalize under leadership of then Police Commissioner, Theodore Roosevelt. With new innovations in both science and technology, the police force were able to establish new units, such as the Bomb Squad in 1905, Motorcycle Squad in 1911, Automobile Squad in 1919, Emergency Service Unit in 1926, Aviation Unit in 1929 as well as the Radio Motor Patrol (RMP) in 1932. The department was also among the earliest to implement fingerprinting techniques and mug shots.  In 1896 Commissioner Roosevelt authorized the purchase of a standard issued revolver for the NYPD. It was the Colt New Police Revolver in .32 Long Colt caliber. He also instituted required firearms training including pistol practice and qualification for officers. In 1905 the Colt Police Positive revolver in .38 caliber was adopted by the department. In May 1926 the NYPD adopted the .38 Special cartridge as the standard issue ammunition for the department and started issuing its officers the Smith and Wesson Model 10 revolver and the Colt Official Police revolver. In 1994 the NYPD replaced the revolver as its main service weapon and adopted the 9mm semiautomatic pistol as its standard issued sidearm, replacing the .38 Special revolver. NYPD officers who were “on the job” on or prior to 1994 could continue to carry their revolvers if they wished. The .38 Special can still be found as a backup or off duty weapon, particularly with long serving personnel.

The economic downturn of the 1970’s led to some extremely difficult times for the city. The Bronx, in particular, was plagued by arson, and an atmosphere of lawlessness permeated the city.   Frank Serpico wrote about corruption he encountered in his time as a police officer in this era in a book, which was later turned into a movie and television series.   In addition, the city’s financial crisis led to a hiring freeze on all city departments, including the NYPD, from 1976 to 1980.

This was followed by the crack cocaine epidemic of the late 1980’s and early 1990’s, which was one factor in the city’s homicide rate soaring to an all-time high. By 1990, New York, a city with 7.3 million people at the time, set a record of 2,262 murders, a record that has yet to be broken by any major U.S. city. Petty thefts associated with drug addiction were also increasingly common.