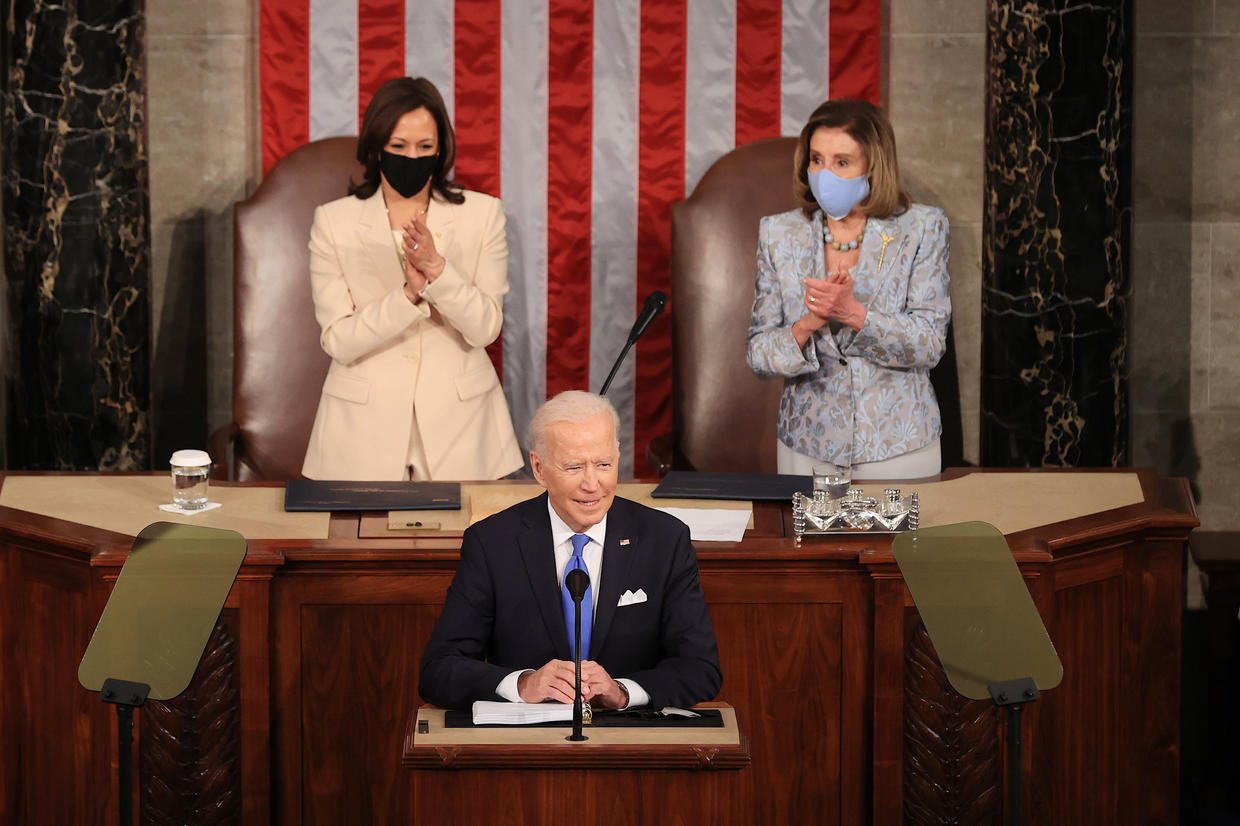 Jobs. Infrastructure. Police reform. Gun control. Ending cancer. President Biden delivered a hopeful message to America in his first address before a joint session of Congress as he touted his recovery plans and even more ambitious proposals.

“It’s good to be back,” the former senator told his former colleagues, although the eerily quiet House Chamber had an audience of just 200, compared to the normally boisterous 1,600 who usually attend this address — COVID-19 forced the smaller guest list.

He argued for another $4 trillion in spending on top of the COVID relief bill that’s already been passed and asked for GOP input, up to a point.

“We welcome ideas,” Mr. Biden said. “But, the rest of the world isn’t waiting for us. Doing nothing is not an option.”

He called for unity against the threat of autocratic countries whose leaders think that the assault on the Capitol in January is proof that “the sun is setting on American democracy.”

In addition to plans to “build America back better,” Mr. Biden extended a handful of olive branches: calling for a cure for cancer, universal pre-K and more limited provisions on gun control.

Mr. Biden called on Congress to pass the police reform bill by the one-year anniversary of George Floyd’s death, as well as to move forward with voting rights legislation. He also pushed his immigration and gun control bills.

He also had the opportunity to tout a first: He was flanked by two women on the dais, House Speaker Nancy Pelosi and Vice President Kamala Harris.

At times, Pelosi’s presence seemed like the only holdover from former President Trump’s final State of the Union, a contentious speech that ended with Pelosi ripping it up on camera behind Mr. Trump.

Senator Tim Scott, a rising star in the Republican party, delivered the GOP rebuttal. Scott declared Mr. Biden’s infrastructure proposal a “liberal wishlist of big government waste” and offered an alternative vision for the future as the country begins to emerge from the worst of the coronavirus pandemic, which has shaken the economy and resulted in the deaths of more than half a million Americans.

A CBS News poll after the speech found that viewers described the president as “Presidential, “Caring,” “Inspiring” and “Bold.” Eighty-five percent of Americans who watched Mr. Biden’s first address to a joint session of Congress overwhelmingly approve of his speech. Fifteen percent disapproved. To read more go to the link below: