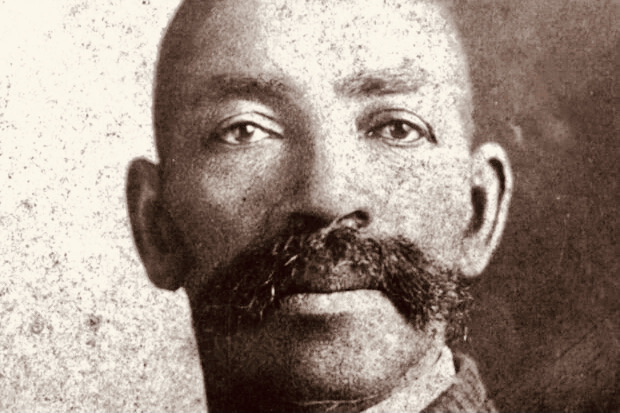 Feared by felons and revered by his colleagues, Bass Reeves broke free from slavery to become one of the most successful lawmen in America’s Wild West. Now immortalized as a character in a new BBC One series, Nige Tassell explores Reeves’ incredible life story.

It didn’t seem an unusual altercation among off-duty Confederate soldiers during the early days of the American Civil War. An after-dark card game, a sense of injustice or cheating, a swift dispensing of physical retaliation. It happened often and regularly.

But this particular disagreement was unlike any other. It occurred between slave and ‘master’. The contretemps was brutal and speedy; the enslaved man, Bass Reeves, battered the man he’d been forced to accompany into battle – George R Reeves, the future speaker of the Texas House of Representatives. As Bass’ daughter Alice would later recall, her father “laid him out cold with his fist and then made a run for the Indian Territory north across the Red River”.

For the next few years, Bass Reeves was the runaway slave looking over his shoulder. But the abolition of slavery, brought about by the resolution of the Civil War, would open doors for Reeves, ushering him towards a journey on which he would become a gun-toting public servant of the highest order. He would make history as a pioneering African-American US deputy marshal operating west of the Mississippi River, and one of the most feared lawmen charged with apprehending dangerous miscreants across the American West during the 19th century. He became known as the ‘Invincible Marshal’. Some believe his life and times were the basis for the fictional Lone Ranger. to read more go to the link below: