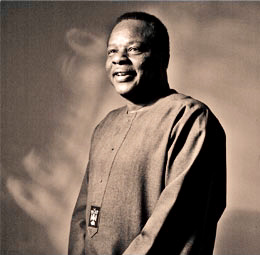 Dr. Molefi Kete Asante is Professor and Chair of, Department of African American Studies at Temple University. Considered by his peers to be one of the most distinguished contemporary scholars, Asante has published 77 books, among the most recent are The Dramatic Genius of Charles Fuller, African American Traditions, Facing South to Africa, The History of Africa 2nd Edition, As I Run Toward Africa, The African American People, Maulana Karenga: An Intellectual Portrait, An Afrocentric Manifesto, Encyclopedia of African Religion, co-edited with Ama Mazama, Cheikh Anta Diop: An Intellectual Portrait, Handbook of Black Studies, co-edited with Maulana Karenga, Encyclopedia of Black Studies, co-edited with Ama Mazama, Race, Rhetoric, and Identity: The Architecton of Soul, Erasing Racism: The Survival of the American Nation, Ancient Egyptian Philosophers, Scattered to the Wind, and 100 Greatest African Americans. Asante’s high school text, African American History: Journey of Liberation, 2nd Edition, is used in more than 400 schools throughout North America. Asante has been recognized as one of the ten most widely cited African Americans. He is honored as a HistoryMaker with an archival interview in the US Library of Congress. In the 1990s, Black Issues in Higher Education recognized him as one of the most influential leaders in the decade. Molefi Kete Asante graduated from Oklahoma Christian College in 1964. He completed his M.A. at Pepperdine University in 1965. He received his Ph.D. from UCLA at the age of 26 in 1968 and was appointed a full professor at the age of 30 at the State University of New York at Buffalo. In 1969 he was the co-founder with Robert Singleton of the Journal of Black Studies. Asante directed UCLA’s Center for Afro-American Studies from 1969 to 1973. He chaired the Communication Department at SUNY-Buffalo from 1973-1980. He worked in Zimbabwe as a trainer of journalists from 1980 to 1982. To read more go to the link below: