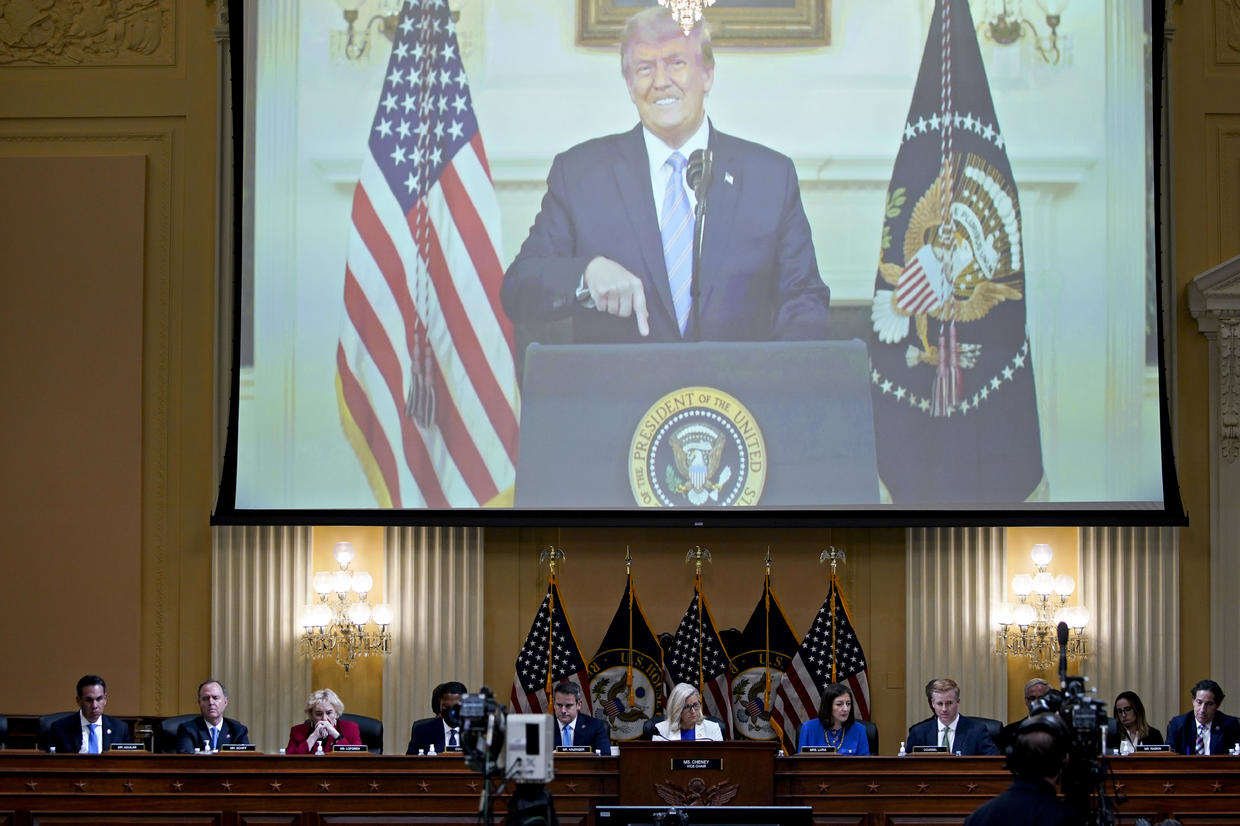 CBS News will broadcast the hearing as a Special Report at 1 p.m. ET.

Rep. Bennie Thompson, the committee chair, told CBS News last month that the next hearing would focus on some of the new information uncovered over the summer since the last public hearing.

He also said that the committee plans to put together an interim report in mid-October, with a final report to come before the end of the year, after the midterm elections.

The committee held a series of public hearings over the summer that were also broadcast nationally. The hearings showed never-before-seen video from the attack but also showed video testimony from Trump administration officials about his refusal to accept election results and plans by his allies to replace electors in battleground states that President Joe Biden won while also threatening local and state elections officials.  To read more go to the link below: