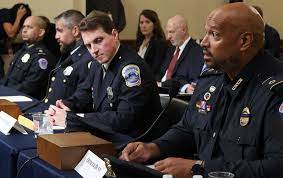 Capitol Police Officer Harry Dunn recounts how rioters called him and other officers racial slurs as they clashed with police during the January 6 riot.

January 6 Police Testify That Riot Was A Terrorist Attack