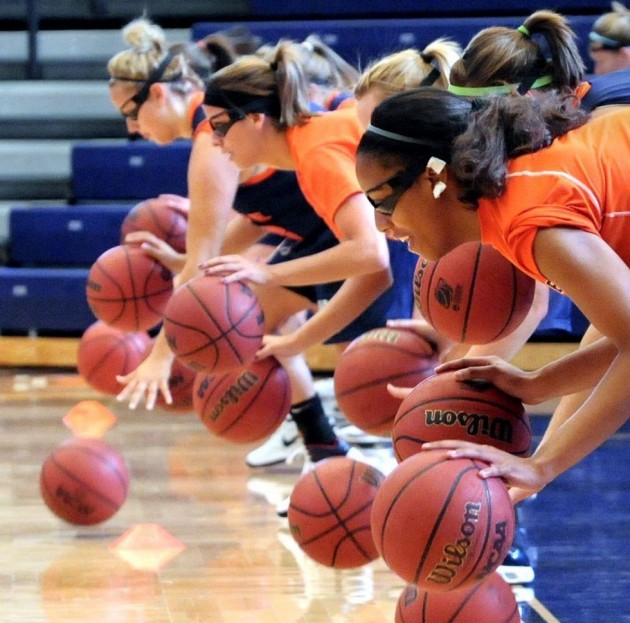 Shooting is the most important skill in basketball as it scores points. The other fundamental skills of basketball such as dribbling, passing, dribbling, defensive play, and rebounding make up the core of the game, but all lead to the basket where shooting skills come in, and making the shot is all that counts.

Basketball shooting is not just physical – much of it is a mental attitude and the confidence you have in your shooting abilities. The combination of the mechanical aspects of the game, physical prowess, and mental attitude equate to great shooting in basketball.

Shooting in basketball is so much more than just scoring a point – or three! Developing an accurate shot not only allows you to score points for your team but also controls the game. Accurate shooting by offensive players can force defenders to play them tightly and become vulnerable to fakes, allowing the offensive players to pass and drive, as well as shoot and score.

The great thing about shooting in basketball is that you can practice by yourself. Once you understand the mechanics of shooting, all you need is a ball, a basket, and the drive to improve. To become a better shooter in basketball, however, you also need to practice shooting under game conditions when there is pressure from other players. Practicing with a partner will provide you with similar defensive pressure to an opponent that you will experience in a game.

Here are a couple of examples of block shooting drills:

– Shoot 10 jump shots from the right elbow (no defense)

However, block drills do transfer skills as well as other drills as you very rarely execute the same skill when shooting and catching in a game. You will mix skills of dribbling, passing, catching, and shooting in a game and they will almost always vary with outcomes based on the defense, time, and score.

So, while block shooting drills are great for practicing and perfecting skills, they are not great for transferring skills into a game.

Interleaving drills allow you to work on multiple skills at the same time such as dribbling, passing, catching, finishing, and shooting. By mixing skills in interleaving drills, you are simulating what might happen in a game and improving your efficiency and mental aptitude.

Random Practice Shooting Drills have no predetermined sequence or pre-set order with each repetition being different from the last. These types of drills simulate what happens in a game, which helps transfer your shooting skills and accuracy into games. To learn more go to the link below: