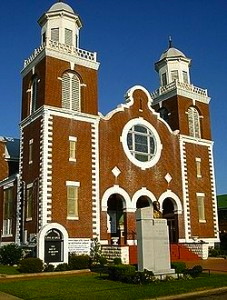 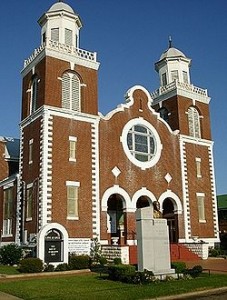 Brown Chapel A.M.E. Church is a church in Selma, Alabama, United States. This church was a starting point for the Selma to Montgomery marches in 1965 and, as the meeting place and offices of the Southern Christian Leadership Conference (SCLC) during the Selma Movement, played a major role in the events that led to the adoption of the Voting Rights Act of 1965. The nation’s reaction to Selma’s “Bloody Sunday” march is widely credited with making the passage of the Voting Rights Act politically viable in the United States Congress.

It was added to the Alabama Register of Landmarks and Heritage on June 16, 1976 and later declared a National Historic Landmark on February 4, 1982.