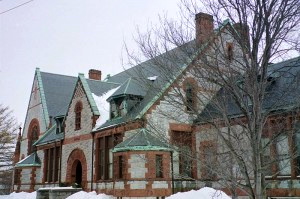 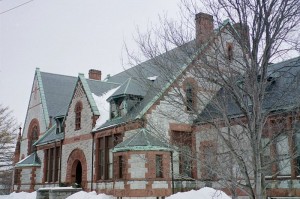 The chapel and hall were designed by Andrew Jackson Warner (1833–1910) of Rochester, New York. They feature the stained-glass windows and interior decoration of Louis Comfort Tiffany. They are the last surviving complete installation by Tiffany in its original location.

The chapel was built between 1892 and 1894 in memory of Dr. Sylvester Willard and his wife, Jane Frances Case Willard. Funding was provided by their daughters, Caroline and Georgiana. The chapel was a part of the former Auburn Theological Seminary.

They were declared a National Historic Landmark in 2005.  The Willard Memorial Chapel and Welch Memorial Hall are listed on the National Register of Historic Places.