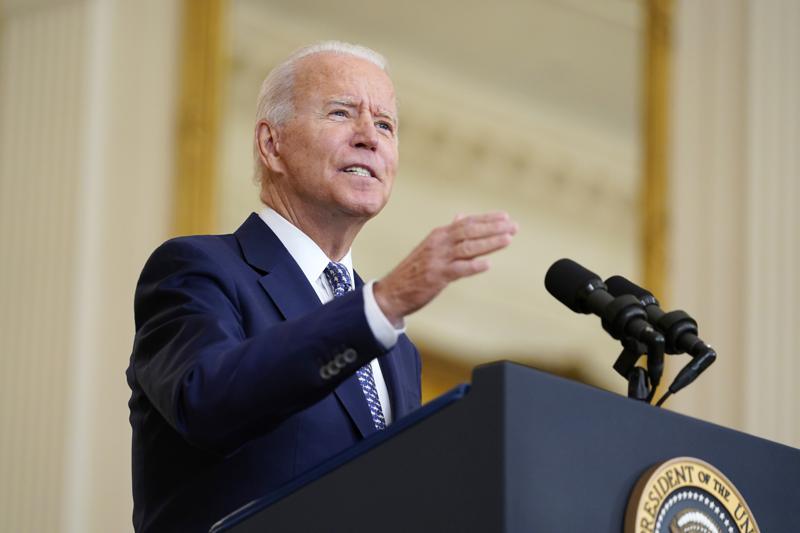 With a robust vote after weeks of fits and starts, the Senate approved a $1 trillion infrastructure plan for states coast to coast on Tuesday, as a rare coalition of Democrats and Republicans joined together to overcome skeptics and deliver a cornerstone of President Joe Biden’s agenda.

“Today, we proved that democracy can still work,” Biden declared at the White House, noting that the 69-30 vote included even Senate Republican leader Mitch McConnell.

“We can still come together to do big things, important things, for the American people,” Biden said.

The overwhelming tally provided fresh momentum for the first phase of Biden’s “Build Back Better” priorities, now heading to the House. A sizable number of lawmakers showed they were willing to set aside partisan pressures, at least for a moment, eager to send billions to their states for rebuilding roads, broadband internet, water pipes and the public works systems that underpin much of American life.

The vote also set the stage for a much more contentious fight over Biden’s bigger $3.5 trillion package that is next up in the Senate — a more liberal undertaking of child care, elder care and other programs that is much more partisan and expected to draw only Democratic support. That debate is expected to extend into the fall.

With the Republicans lockstep against the next big package, many of them reached for the current compromise with the White House because they, too, wanted show they could deliver and the government could function. To read more go to the link below: