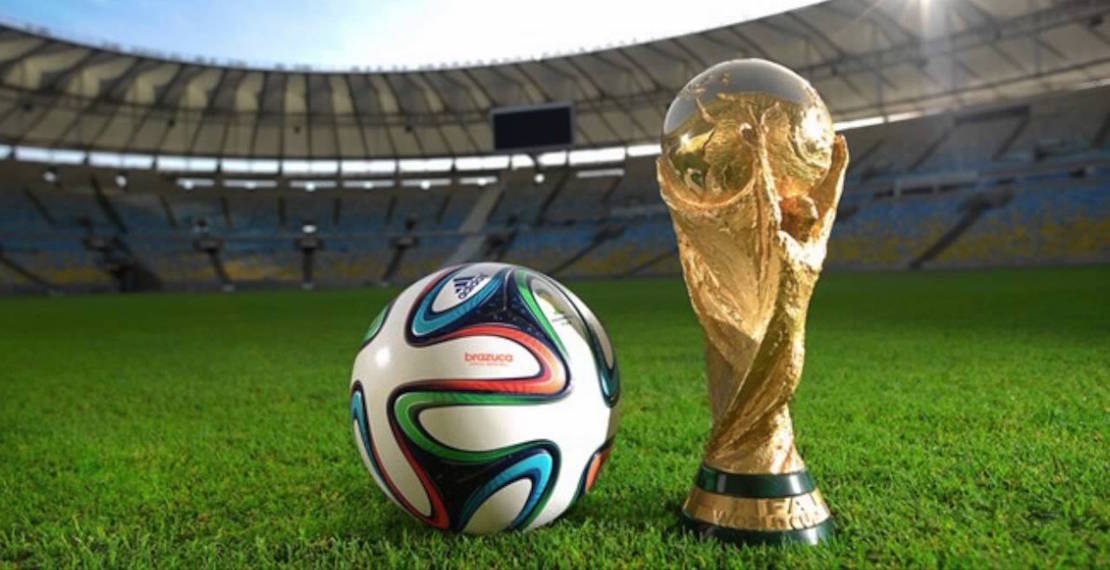 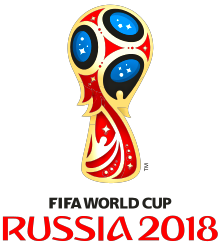 The 2018 FIFA World Cup will be the 21st FIFA World Cup, a quadrennial international football tournament for men’s national teams organised by FIFA. It is scheduled to take place in Russia from 14 June to 15 July 2018, after the country was awarded the hosting rights on 2 December 2010. This will be the first World Cup held in the area of the former Soviet Union and the first to be held in Europe since 2006.

The final tournament will involve 32 national teams, which include 31 teams determined through qualifying competitions and the automatically qualified host team. A total of 64 matches will be played in 12 venues located in 11 cities. The final is expected to take place in Moscow at the Luzhniki Stadium.

The winners will qualify for the 2021 FIFA Confederations Cup. 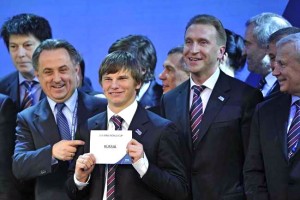 Russian bid personnel celebrate the awarding of the 2018 World Cup to Russia.

The bidding procedure to host the 2018 and 2022 FIFA World Cups began in January 2009, and national associations had until 2 February 2009 to register their interest. Initially, nine countries placed bids for the 2018 FIFA World Cup, but Mexico later withdrew from proceedings, and Indonesia’s bid was rejected by FIFA in February 2010 after the Indonesian government failed to submit a letter to support the bid. During the bidding process, the three remaining non-UEFA nations (Australia, Japan, and the United States) gradually withdrew from the 2018 bids, and the UEFA nations were thus ruled out of the 2022 bid. As such, there were eventually four bids for the 2018 FIFA World Cup: England, Russia, Netherlands/Belgium, and Spain/Portugal.

The twenty-two-member FIFA Executive Committee convened in Zürich on 2 December 2010 to vote to select the hosts of both tournaments. Russia won the right to be the 2018 host in the second round of voting. The Spain/Portugal bid came second, and that from Belgium/Netherlands third. England’s bid to host its second tournament fell at the first hurdle. 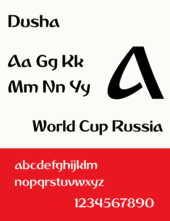 The typeface used for branding

The tournament logo was unveiled on 28 October 2014 by cosmonauts at the International Space Station and then projected onto Moscow’s Bolshoi Theatre during an evening television programme. Russian Sports Minister Vitaly Mutko said that the logo was inspired by “Russia’s rich artistic tradition and its history of bold achievement and innovation”, and FIFA President Sepp Blatter stated that it reflected the “heart and soul” of the country. For the branding, a typeface called Dusha (from Душа, Russian for soul) was created by Portuguese design agency Brandia Central in 2014. 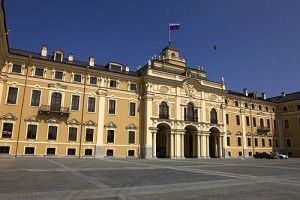 The qualifying draw was held at the Konstantinovsky Palace.

Apart from Russia, who qualified automatically for the tournament as the hosts, all FIFA member associations were eligible to enter the qualification process.

Myanmar, having successfully appealed against a ban from the competition for crowd trouble during a 2014 World Cup qualifying tie against Oman, were obliged to play all their home matches outside the country. On 12 March 2015, prior to the start of qualification, Zimbabwe were expelled from the tournament for failing to pay former coach José Claudinei. Indonesia were suspended and then expelled before playing a single qualifying match, as part of punishment for government interference in the Football Association of Indonesia. 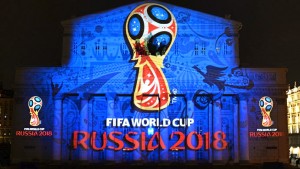 The qualifying draw took place at the Konstantinovsky Palace in Strelna, Saint Petersburg on 25 July 2015 at 18:00 local time (UTC+3). Qualifying matches for AFC and CONCACAF started in March 2015, prior to the qualifying draw.

The allocation of slots for each confederation was decided to be unchanged by the FIFA Executive Committee on 30 May 2015 in Zürich, after the FIFA Congress.