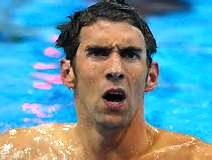 Michael Phelps makes history as first U.S. men’s swimmer to qualify for five Olympics Current Affair. OMAHA — Add yet another feather to the cap of the most decorated Olympian ever. As if 22-time Olympic medalist Michael Phelps needed anything else to cement his place in history. Phelps, 31, is now the first American male swimmer to make five Olympic teams in his career. Phelps finished first in 1:54.84 at the men’s 200-meter butterfly here at U.S. Olympic trials, securing his roster spot for the Rio Games. Tom Shields finished second; the top two finishers in each individual event automatically qualify for the 2016 Olympics. As the public address announcer announced Phelps’s time to the roaring crowd, Phelps held his hand up, a high-five representing five Games. “That means the most tonight,” Phelps said afterward. “With everything that’s happened, being able to come back, that’s probably harder than any swim I’ve had in my life.” “Just being able to finish how I want to is so important to me,” Phelps said. “Getting on this team is what I wanted to do.” 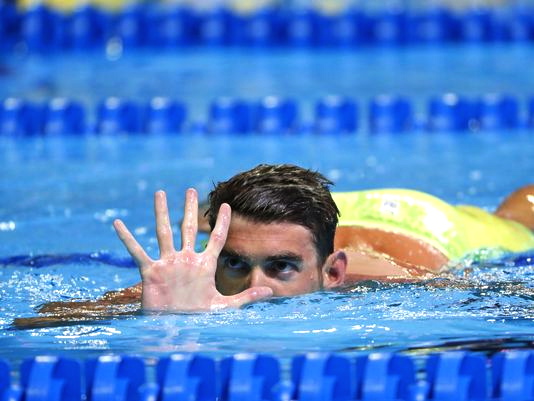 “That means the most tonight,” Phelps said afterward. “With everything that’s happened, being able to come back, that’s probably harder than any swim I’ve had in my life.”

Much has changed for Phelps — and the state of U.S. swimming itself — over the past 16 years. Phelps grew from a wiry 15-year-old into the sport’s most accomplished swimmer. He won an astonishing eight gold medals in Beijing. He now admits he hated training and trials yet still managed to win six medals in London, four of them gold. He retired, then came back. He was arrested for driving drunk, then entered rehab. He came out, as he describes it, a changed man — with his priorities in line, and an enjoyment in the water he’d missed. 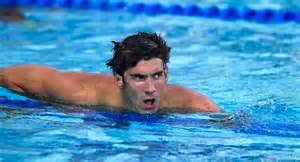 The constant through it all? His name on the U.S. roster, his face the face of American swimming. He’s evolved from rookie to veteran, and he’ll be by far the most experienced swimmer on the men’s side these Games. Already, midway through trials, there appears to be a sea change, youngsters displacing older swimmers at some of their signature events. Phelps’ presence on this team could prove crucial beyond the medals he brings home.

“The staunch leadership he’s been demonstrating this last year or so, the maturity he’s shown, people are going to rally behind him,” said David Marsh, the U.S. women’s team coach.

Phelps will likely swim multiple events in Rio, and some of that depends on which other individual events he qualifies in this week. He will also swim the 100 fly and 200 individual medley. He scratched out of both the 100 and 200 freestyle events, though he could still be named to the relay teams based on previous results.

“Just being able to finish how I want to is so important to me,” Phelps said. “Getting on this team is what I wanted to do.”