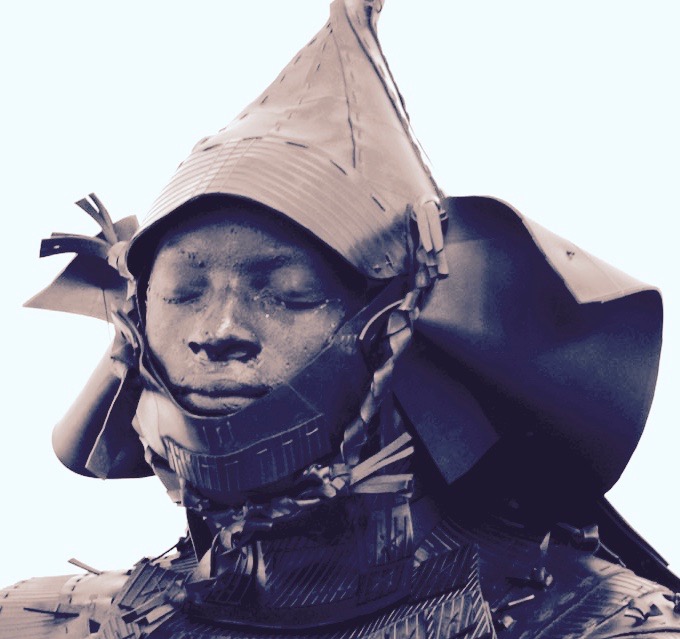 According to Histoire Ecclesiastique Des Isles Et Royaumes Du Japon, written by François Solier of the Society of Jesus in 1627, Yasuke was a Muslim from Mozambique. Solier’s account may however have been an assumption, as it was written so long after the event and there is no surviving contemporary account that corroborates it. Therefore, although there is no evidence, it is also possible that he also came from Portugal, Angola or Ethiopia, and he could conceivably originally have been an African mercenary in the employ of an Indian sovereign, of which there were many at this time.

A 2013 investigation by the light entertainment television program Discovery of the World’s Mysteries suggested that Yasuke was a Makua named Yasufe. However, this was a highly journalistic investigation; the program provided little proof for their conclusions. He may otherwise have been a member of the Yao people, who were just coming in to contact with the Portuguese at this time, which might account for his name, ‘Yao’ added to the common Japanese male name suffix of ‘suke.’

Yasuke arrived in Japan in 1579 as the servant of the Italian Jesuit Alessandro Valignano, who had been appointed the Visitor (inspector) of the Jesuit missions in the Indies (meaning East Africa, Southand East Asia). He accompanied Valignano when the latter came to the capital area in March 1581 and caused something of a sensation. In one event, several people were crushed to death while clamoring to get a look at him The Jesuits feared their church would be flattened in the stampede, but they managed to avert disaster. The warlord Nobunaga, famous for his attempts to unify Japan, heard the noise from the temple where he was staying and expressed a desire to see him. Suspecting the dark color of his skin to be black ink, Nobunaga had him strip from the waist up and made him scrub his skin. These events are recorded in a 1581 letter of the Jesuit Luis Frois to Lorenço Mexia, and in the 1582 Annual Report of the Jesuit Mission in Japan, also by Frois. These were published in ‘Cartas que os padres e irmãos da Companhia de Jesus escreverão dos reynos de Japão e China II’, normally known simply as ‘Cartas,’ in 1598. Satisfied that he was, in fact, black, Nobunaga seems to have taken a shine to him. At some point following this, although when is not clear, he was either given (Japanese accounts indicate him presented to Nobunaga, although European accounts do not mention this) or allowed to enter Nobunaga’s service.

The “Lord Nobunaga Chronicle” corroborates Frois’ account, and describes their meeting thus: “On the 23rd of the 2nd month [March 23, 1581], a black page came from the Christian countries. The man was healthy and good-looking with a good demeanor. Moreover, Nobunaga praised Yasuke’s strength, describing it as that of ten normal men. Nobunaga’s nephew, probably Tsuda Nobusumi, gave him a sum of money at this first meeting.

Did you know men of the African Diaspora are depicted in ancient Japanese and Chinese drawings and writings? Here is a hand scroll composed between 1275 and 1293 by Takezaki Suenaga to record battle valor during the Mongol invasion of Japan.

“And we can cross the whole of Asia and find the Negro again, for, when, in far-off Japan, the ancestors of the modern Japanese were making their way northward against the Ainu, the aborigines of that country, the leader of their armies was Sakanouye Tamuramaro, a famous general and a Negro” via The Journal of Race Development entitled The Contribution of the Negro to Human Civilization, Alexander Francis Chamberlain, The Journal of Race Development, Vol. 1, No. 4 (Apr., 1911), pp. 482-502

Stepping onto Japanese soil was a historic act —Mr. Concer was the first Black American man ever to enter Japan, according to an obituary published in The Southampton Press in 1897. “Pyrrhus is famous in Japanese history because he’s a black person they traded with,” Mr. Ware said. In the 1970’s, Japanese officials even traveled to Southampton to trace his history and dedicate a memorial in his name. 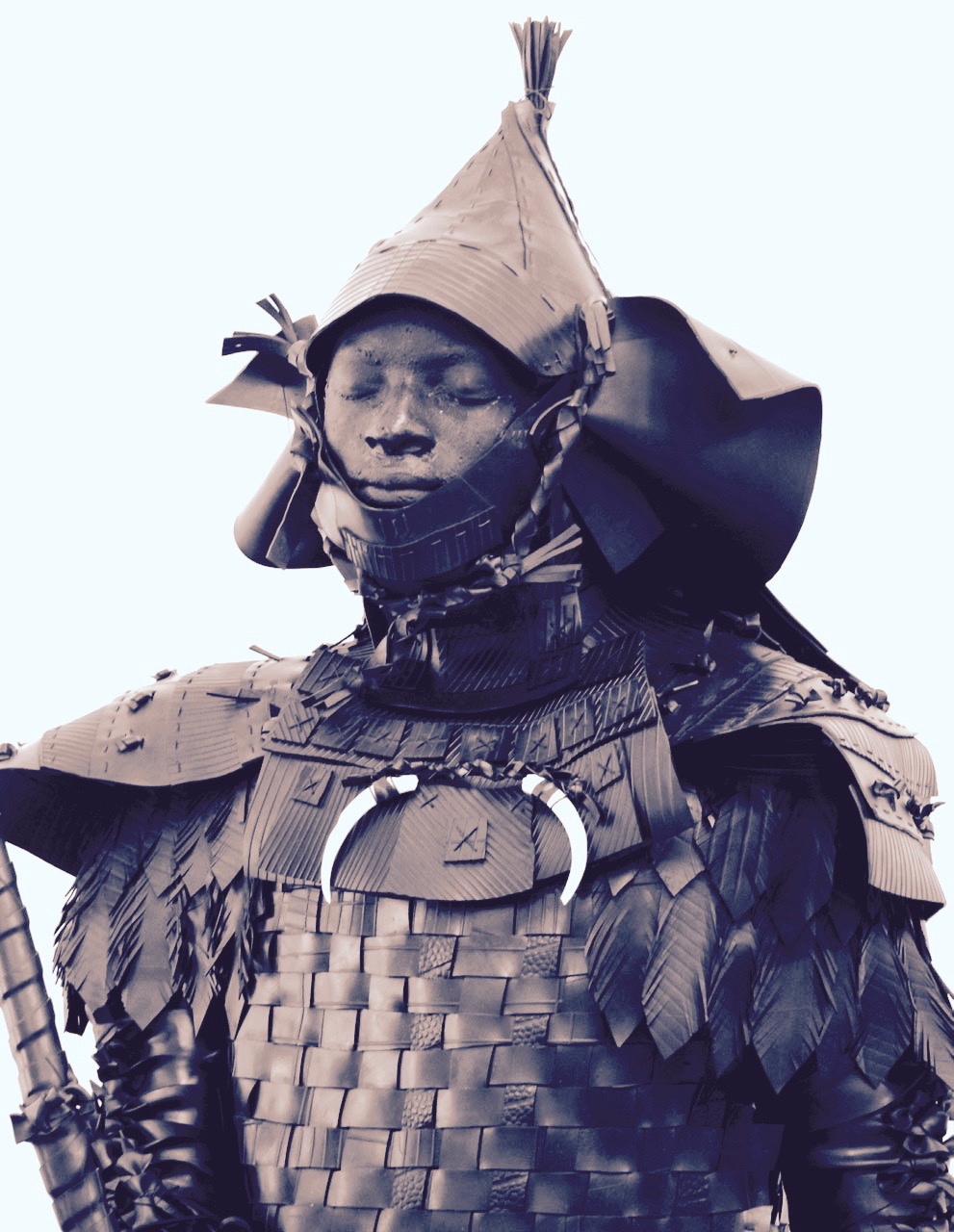 There is very little recorded history on Yasuke, the young African man believed to be Japan’s first black samurai, but his story may soon be told on the silver screen.

Lionsgate has asked screenwriter Gregory Wilden, the creator of the 1986 film “Highlander,” to write a script for an action drama based on Yasuke’s centuries-old story, according to the Hollywood Reporter and Deadline.

The Lionsgate film “is based on the true story of an African whose journey to Japan comes with conflicting background stories,” Widen told Deadline last week. “The one I’ve chosen is that he was a slave soldier after the fall of Abysinnian Bengal, a black kingdom run by Ethiopians.”

In that story, Yasuke was sold into slavery and “found himself in the care of Alessandro Valignano, an Italian missionary,” Widen explained. “They formed a bond, and when there were complications in Rome, he was sent to Japan and took Yasuke with him,” he added.

Yasuke was an African slave in his early 20s when Valignano brought him on a missionary trip to Japan in 1579, according to historical accounts that Oxy reviewed. He stood out there because of his tall stature and dark skin and he soon became a local celebrity. His real name is unknown, but locals called him Yasuke in Japan ― likely a Japanese version of his birth name.I suffered acne from 14 years and I tried everything I could. First I approached a dermatologist, then a gastroenterologist, gynaecologist, immunologist, endocrinologist and https://skincarepillsshop.com so on. In the end, they found nothing worth worrying. 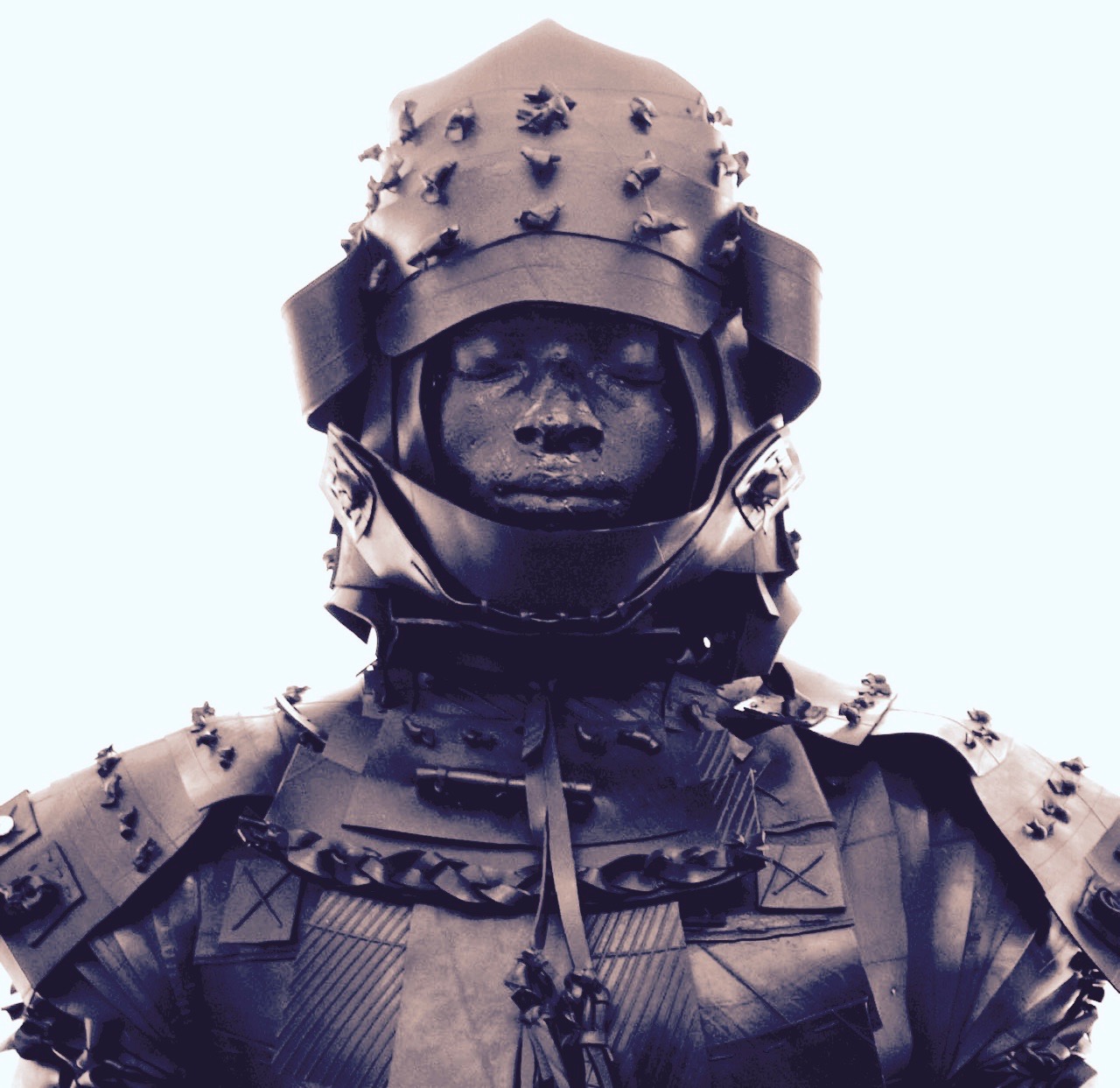 When Japanese warlord Oda Nobunaga learned of Yasuke and his impressive strength, he hired the young African as a feudal bodyguard. Under Nobunaga, Yasuke quickly rose in the ranks to become a well-respected samurai warrior who spoke fluent Japanese.

“They presented him with a blade, and he went to work,” Widen told Deadline.

Parts of Yasuke’s story lived on in a 1916 Japanese children’s book called Kuro-suke, about a young, black samurai who often dreams of his parents in Africa.

Mike De Luca and Stephen L’Heureux are co-producing the film, which is currently called “Black Samurai.” Lionsgate has not released any other information about the film and the media distributor did not immediately return The Huffington Post’s request for comment.

Below, a sculpture of Yasuka created by South African artist Nicola Roos.