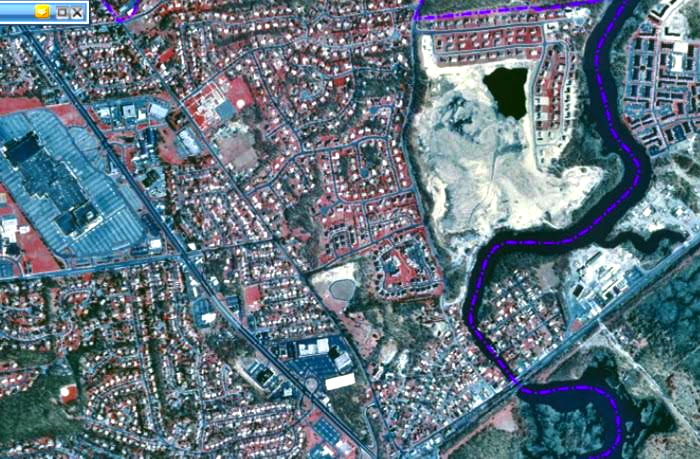 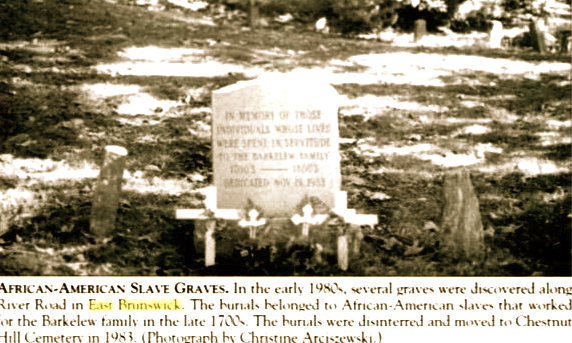 In mid-November 1983, I led a group of volunteers to rescue graves of African American slaves from a burial ground located where “Blue Waters” pond once was. From the 1995 aerial picture, the grave site was on a rise of land just to the south east of the pond. The site is also shown by an arrow on the 1850 map. (Now Millman Drive.) 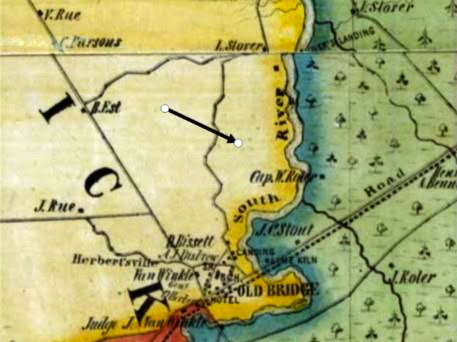 These individuals were owned by the Barkelew family in the late 1700/s and early 1800’s. With sand mining activity destroying the burial site, we removed all the remains (skeletal) and reburied them at Chestnut Hill Cemetery, in a plot donated by the Cemetery Association. (pic from the EB History book by Mark Nonestied). A documentary film, Eroding Memory, was made by David Dessel at the time.