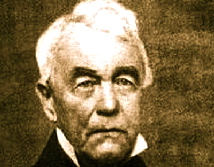 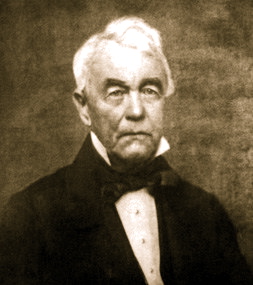 According to Marsh’s granddaughter, Mary Eliza Avery, the first member of the Marsh family to settle in North America was Samuel Marsh. Mary Eliza recorded that Samuel was born around 1620 in Essex County, England, and immigrated to North America “in 1645 with the New Haven Colony,” settling “first at Boston, then at New Haven.” This implies Samuel came to America with New Haven’s founders. They, however, actually arrived eight years before Samuel, debarking at Boston before founding New Haven in 1638. Moreover, Samuel does not appear on the list of original New Haven settlers. While it therefore seems doubtful he arrived with the colony’s founders, he could have sailed to North America in 1645, as Mary Eliza noted, and settled in the preexisting New Haven colony.

Considerable immigration occurred in the late seventeenth century between New Haven and New Jersey, whose colonial-era capital, Elizabethtown, lay some eighty miles southwest of New Haven. Samuel and his wife, Comfort (last name unknown), took part in this immigration and, according to Mary Eliza, settled in 1665 at

“Elizabeth-town, New Jersey, . . . on a ‘house lot’ of seven acres with 200 acres of outlying land between Elizabeth Creek and Rahway River near Tremley Point.” This outlying tract made up what came to be the family farm, Cherry Bank.

Little is known about the next few generations of the Marsh family. Records show that John Craig Marsh’s grandfather, Moses, was born in 1740 and married a woman six years his junior named Eunice Alston, and that among their seven children were Jonathan Alston Marsh and a sister, Mary Alston Marsh. About Mary this story survives:

Once the British took a pet heifer belonging to pretty Mary Alston Marsh, daughter of Moses Marsh, one of Linden’s first settlers. She made up her mind to save the pet, so she contrived to stampede all the cattle the British were driving. The cattle fled in all directions, trampling a few redcoats and scattering, so that the British were forced to go back to Staten Island empty-handed. Mary went home safely with her pet heifer.

Jonathan Alston Marsh, father of John Craig Marsh, was born in 1765, married Sarah Craig, and had six children. Going by his middle name, Alston was known, at least later in life, for his garden. The Rahway newspaper observed in 1826,

We were highly gratified, the other day, by a visit to the farm of our friend, Mr. Alston Marsh, near this village. What excited our particular admiration was his extensive peach orchard, containing about 3,000 trees, many of which have been inoculated with the choicest species of that delicious fruit which could be procured. . . . Mr. M. has also figs, almonds, &c., growing in his grounds; but we were particularly delighted with an arbour of about a hundred yards in length covered with native and exotic grapes. . . . Mr. M. deserves credit and success for the pains he has taken to improve his fruit, and, if a bountiful providence smile’s upon his labour, we have no doubt he will receive it.