You are here: Home / Featured / News | Blog / Who was Theodore Roosevelt?

Who was Theodore Roosevelt? 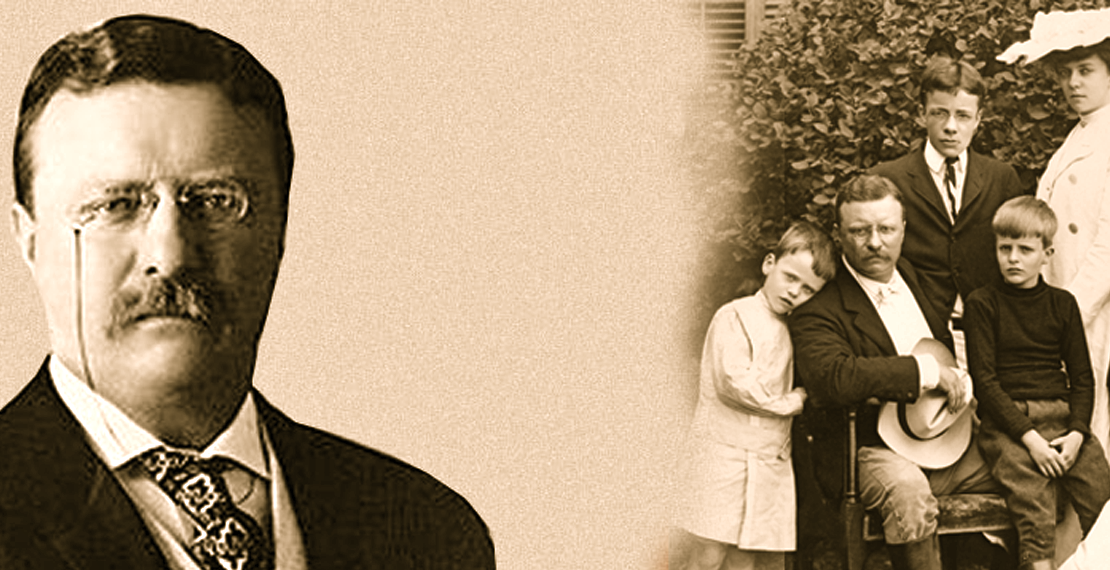 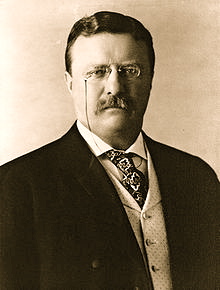 Theodore Roosevelt was born to a wealthy family in 1858. His family described him as “sickly, delicate, precocious, and constantly fighting asthma attacks.” Yet, he lived a full life and accomplished much. His ambition took him from a cowboy and rancher all the way to the White House. (Theodore Roosevelt National Park summary document).

TR returns from his African hunting trip through the countries of Sudan, France, Denmark, Norway, Germany, Great Britain, and finally his reception in New York City. There are views of: 1) his riverboat on the Nile River in Sudan; 2) TR’s visit in Paris with French Ambassador Jules Jusserand, Gen. Jean B. Dalstein, American Ambassador Robert Bacon, and Mrs. Bacon; his trip to Issy-les-Moulineaux; TR reviewing French troops with Jusserand, Bacon, and Dalstein at Vincennes on Apr. 27, 1910; and TR leaving the University of Paris (Sorbonne) on Apr. 23, 1910; 3) TR with Prince Christian and others in Denmark May 2-3, 1910; 4) TR and King Haakon in Christiania (now Oslo) on May 4-6, 1910; 5) views of Berlin including the Brandenburg Gate and the Reichstag; TR, Kaiser Wilhelm, the Kaiserin, and others leaving the University of Berlin on May 12, 1910; 6) the funeral cortege at Windsor on May 20, 1910; identified in the processional, left to right, walking in rows are: Kaiser Wilhelm of Germany, King George V of England, and the Duke of Connaught; the Duke of Cornwall (later King Edward VIII) and Prince Albert (later King George VI); two rows of the King’s aides; King Alfonso XII of Spain, King George I of Greece, and King Haakon VII of Norway; King Manuel II of Portugal, King Frederik VIII of Denmark, and King Ferdinand I of Bulgaria; Archduke Franz Ferdinand of Austria, King Albert I of Belgium, and Prince Yusuf Izzedin of Turkey; the Duke of Aosta, Grand Duke Michael Alexandrovitch of Russia, and Prince Sadanaru Fushimi of Japan; the Crown Prince of Rumania (later King Carol II), the Duke of Sparta (later King Constantine I of Greece), and probably Prince Rupprecht of Bavaria; Crown Prince of Serbia (later Peter I), Duke Albrecht of Wurtemberg, and Prince Henry of the Netherlands; the Grand Duke of Mecklenburg-Strelitz, the Grand Duke of Hesse, and Prince Henry of Prussia; Crown Prince George of Saxony, the Duke of Saxe-Coburg, and Prince Charles (later King Gustav VI) of Sweden; probably the Prince of Waldeck, probably Prince Tsai-tao of China, and Prince Mohammed Ali of Egypt; Prince Christian of Schleswig-Holstein, Prince Arthur of Connaught, and Prince Albert of Schleswig-Holstein; Prince Alexander of Battenburg; Prince George of Cumberland, and the Duke of Fife; TR is visible at the end of the procession; 7) TR’s arrival in New York City, his greeting by Mayor William J. Gaynor, Cornelius Vanderbilt, Henry Cabot Lodge, and William Loeb, his speech at the Battery, and the parade in his honor.