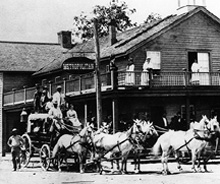 Since 1852 tells the story of Wells Fargo and its rich heritae.  It showcases the people, communities and legacies that now are part of Wells Fargo’s story.  The business they founded nearly 160 years ago has grown into one of America’s most respected and honored companies. 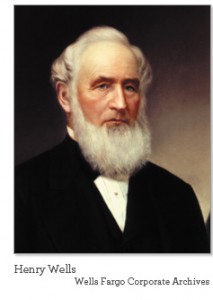 , in 1805. He didn’t enter the industry that was to make his name part of one of the most valuable brands in the world until he was 36 years old.

It didn’t take long for him to excel in the express business—it was a relatively new industry encouraged by the construction of a system of railroads and canals in the early 19th century. That system made it possible to ship a parcel from New York to cities on the edge of the frontier like Detroit and Chicago in a matter of days instead of weeks.

Within three years, he had formed a partnership with William Fargo in Wells & Company’s Western Express. Five years later, the two men, along with several other express Industry pioneers, formed the American Express Company in 1850. 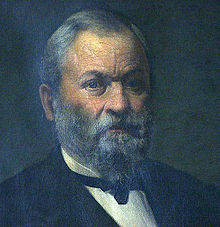 William George Fargo (May 20, 1818 – August 3, 1881), pioneer American expressman, was born in Pompey, New York. From the age of thirteen he had to support himself, obtaining little schooling, and for several years he was a clerk in grocery stores in Syracuse.

He became a freight agent for the Auburn & Syracuse railway company at Auburn in 1841, an express messenger between Albany and Buffalo a year later, and in 1843 a resident agent in Buffalo.

In 1844 he organized, with Henry Wells (1805–1878) and Daniel Dunning, the first express company (Wells & Co.; after 1845 Livingston & Fargo) to engage in the carrying business west of Buffalo. The lines of this company (which first operated only to Detroit, via Cleveland) were rapidly extended to Chicago, St. Louis, and other western points.

In March 1850, when through a consolidation of competing lines the American Express Company was organized, Wells became president and Fargo secretary. In 1851, with Wells and others, he organized the firm of Wells Fargo & Company to conduct an express business between New York and San Francisco by way of the Isthmus of Panama and on the Pacific coast, where it long had a virtual monopoly.

In 1861 Wells Fargo & Company bought and reorganized the Overland Mail Co., which had been formed in 1857 to carry the United States mails, and of which Fargo had been one of the original promoters. 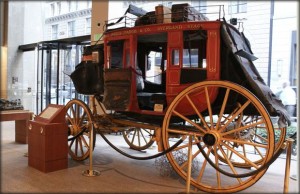 Our company’s history demonstrates our timeless strengths — security, reliability, innovation and progress — and our lasting commitment to the communities we serve.

Wells Fargo has played an extraordinary role in the financial history and development of America, and this heritage is one our most valuable corporate assets. Our history is our legacy and our promise that we are there for our customers now and over time.

African Americans joined the thousands of people worldwide who searched for gold. Out West they found boundless opportunity, and often through their earnings bought freedom for enslaved relatives. As they settled into communities and professions during the 1850s, Wells, Fargo & Co. both served and employed African Americans.

William Robison drove for Wells Fargo between Stockton, California, and Sierra Nevada gold mines. Born in Virginia, Robison gained freedom serving with the U.S. Army; he arrived in 1847 during the Mexican-American War. While employed as a Wells Fargo wagon driver, Robison worked for civil rights and built his community.

Wells Fargo has served and employed Latinos since its founding in 1852. Our heritage of more than 150 years includes services both for and by the Spanish-speaking settlers of the West and the Americas. Wells Fargo’s people, places and business extended from the old ranchos of California, the rail lines of an emerging modern Mexico, and offices throughout Central America and the Caribbean.