You are here: Home / Education / Politics / US Politics / Trump Arrives at Walter Reed Hospital after Covid-19 Diagnosis by Adam Edelman and Hallie Jackson 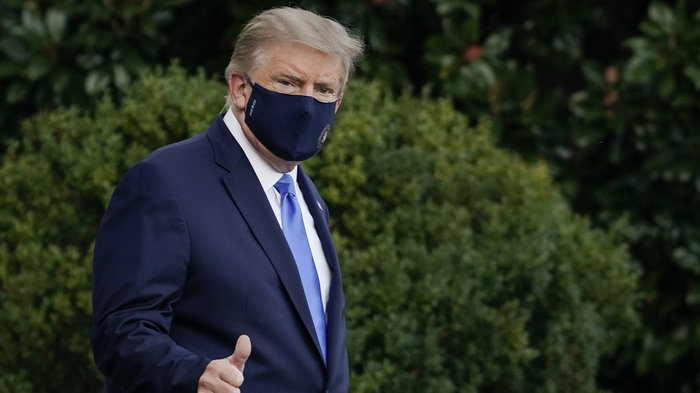 WASHINGTON — President Donald Trump, who has Covid-19, arrived at Walter Reed National Military Medical Center Friday afternoon after being flown in his helicopter as a precautionary measure and will remain there for several days, the White House said.

The move was recommended by the president’s physician, Press Secretary Kayleigh McEnany said. He will work from the presidential offices there, she said.

He left the White House shortly after 6:15 p.m. ET and arrived at the hospital in Bethesda, Maryland, minutes later after the short helicopter flight on Marine One.

Earlier, administration officials said Trump was experiencing “mild symptoms” after he announced early Friday that he tested positive for the disease.

But Trump, who regularly posts on Twitter, was silent on the social media platform after announcing his infection and ceded the only event on his official public schedule to Vice President Mike Pence.

Trump, who is 74 and clinically overweight, is at a higher risk of complications from the virus, due to his age and weight, according to guidance from the Centers for Disease Control and Prevention. The risk of a severe illness increases with age and other factors, and other medical conditions can also increase risk, including obesity, according to the agency. To read more go to the link below: