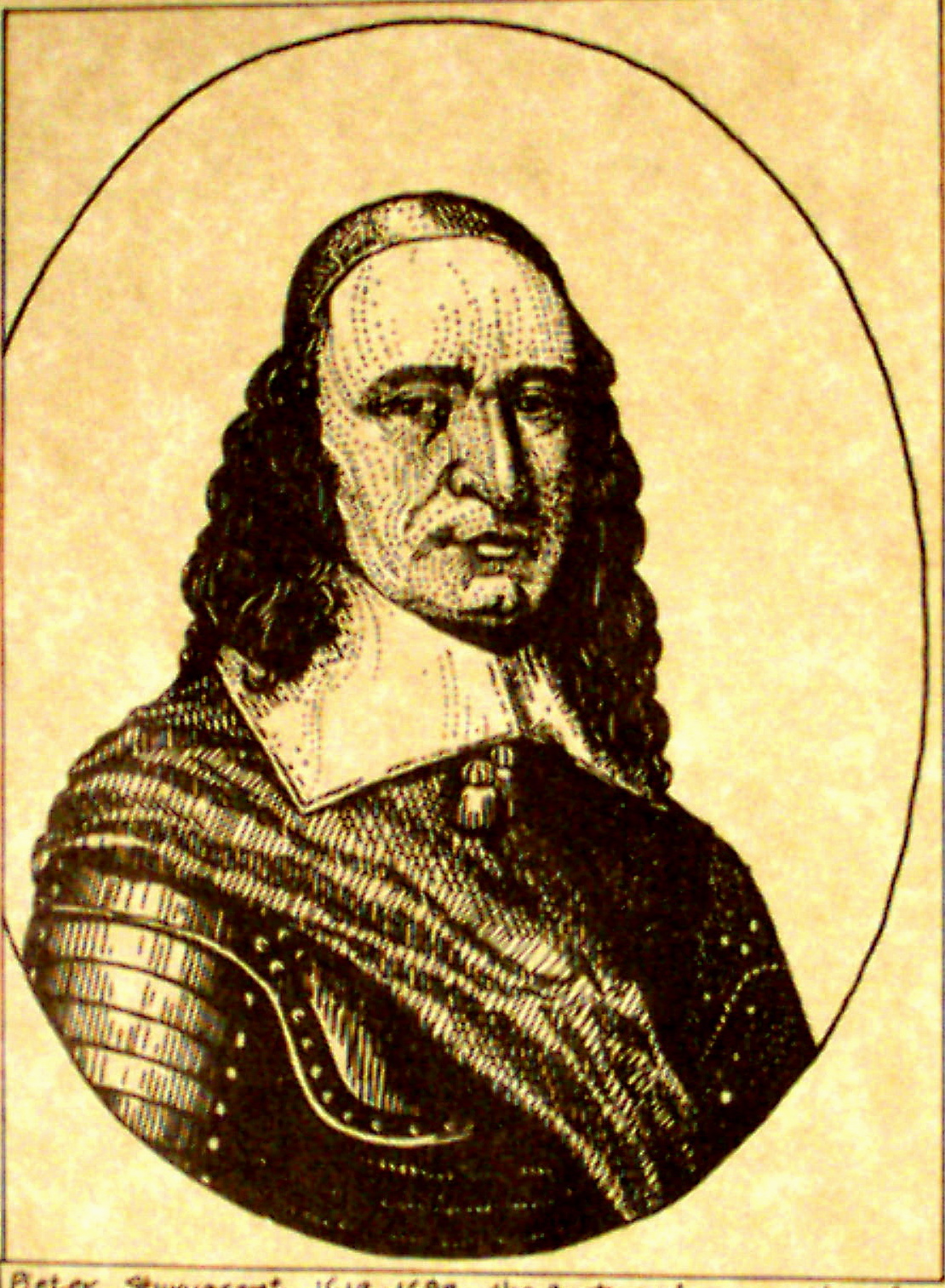 NEW YORK TIMELINE:
Lenape and New Netherland: prehistory 1663
Main article: History of New York City (prehistory 1664)
1498 The Native Indians of New York were the Delaware, Erie, Iroquois,    Mohawk, Oneida and Seneca Indian tribes
Italian explorer John Cabot ( Giovanni Caboto ) explores the coast for the English
1604 Samuel de Champlain (1567-1635) French explorer and navigator maps the coast
1606 James I grants charter to Plymouth Company (also called Virginia Company   of Plymouth, organized 1606 by King James I of England to establish colonies in America
1609 Henry Hudson (1565-1611) English explorer and navigator discovered Newark Bay and establishes the Dutch colony of New Netherland
1614 Captain John Smith (1580-1631) maps the coast
1638 Swedish settlement led by Peter Minuet starting the New Sweden Colony
1646 Peter Stuyvesant (1602-1672) became Dutch Governor of the New Netherlands
1655 The Dutch defeat the Swedes on the Delaware and Stuyvesant took possession of the New Sweden Colony
1664 King Charles II totally ignored any Dutch claims and gave the entire country to his brother James, Duke of York
1664 The Dutch lose New Amsterdam to The British which is re-named as New York, after the Duke of York
1675 – 1677: King Philip’s War so named after Metacomet of the Wampanoag tribe, who was called Philip by the English. The war was bloody and bitterly fought by the colonists against the Native Indians. During King Philip’s War, up to one third of America’s white population was wiped out. This war proved to be the final struggle by the Native Americans of New York
1756 – 1763: The Seven Years War (French and Indian War) due to disputes over land is won by Great Britain. France gives England all French territory east of the Mississippi River, except New Orleans. The Spanish give up east and west Florida to the English in return for Cuba.
1775 – 1783 – The American Revolution creates the United States of America. The Revolution was due to the British burden of taxes and total power to legislate any laws governing the American colonies
1776 July 4, 1776 – United States Declaration of Independence
1778 July 10, 1778 – France declares war against Britain and makes an alliance with the American revolutionary forces
1783 September 3, 1783 – The Treaty of Paris is signed by the victorious United States and the defeated Great Britain
1788 Statehood – The Date that New York was admitted to the Union – July 26, 1788. Constitution – New York was the 11th State to be admitted to the Union. State Motto – ” Crescit eundo ” the State Motto is translated as ” It Grows as it Goes ”
1803 The Louisiana Purchase – In 1803, the United States bought the Louisiana Territory from France. The U.S. Secretary of State, James Madison paid 15 million dollars for the land.
1812 – 1815: The War of 1812 between U.S. and Great Britain, ended in a stalemate but confirmed America’s Independence
1859 John Brown raided Harpers Ferry and set in motion events that led directly to the outbreak of the Civil War.
1861 – 1865: The American Civil War. Abraham Lincoln, a known opponent of slavery, was elected president and in 1861 the South Secedes. The initial Secession of South Carolina was followed by the secession of Mississippi, Florida, Alabama, Georgia, Louisiana, Texas, Virginia, Arkansas, Tennessee, and North Carolina. These eleven states eventually formed the Confederate States of America. The bombardment of Fort Sumter was the opening engagement of the American Civil War.
1865 The surrender of Robert E. Lee on April 9 1865 signalled the end of the Confederacy.
1865 1865 December 6 – The Abolishment of Slavery. The Thirteenth Amendment to the U.S. Constitution is ratified, thus officially abolishing slavery
1865 The surrender of Robert E. Lee on April 9 1865 signalled the end of the Confederacy 1898-1901 The Spanish American War. On December 10, 1898 the Treaty of Paris the US annexes Puerto Rico, Guam, Philippines.