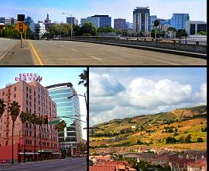 Silicon Valley tells the story of the pioneering scientists who transformed rural Santa Clara County into the hub of technological ingenuity we now know as Silicon Valley. The film spotlights the creativity of the young men who founded Fairchild Semiconductor and in particular the brilliant, charismatic young physicist Robert Noyce. 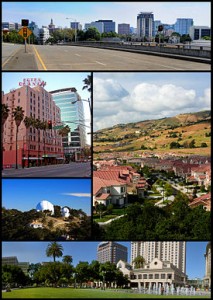 Silicon Valley is the southern region of the San Francisco Bay Area in Northern California, in the United States. The region, whose name derives from the Santa Clara Valley in which it is centered, is home to many of the world’s largest technology corporations as well as thousands of small startups.   The term originally referred to the region’s large number of silicon chip innovators and manufacturers, but eventually came to refer to all the high-tech businesses in the area; it is now generally used as a metonym for the American high-tech sector. Despite the development of other high-tech economic centers throughout the United States and the world, Silicon Valley continues to be the leading hub for high-tech innovation and development, accounting for one-third (1/3) of all of the venture capital investment in the United States. Geographically, the Silicon Valley encompasses all of the Santa Clara Valley including the city of San Jose (and adjacent communities), the southern Peninsula Valley, and the southern East Bay. However, with the rapid growth of technology jobs in the San Francisco metropolitan area, the traditional boundaries of Silicon Valley have expanded north to include the rest of San Mateo County and the City and County of San Francisco, as well as parts of Marin County.