You are here: Home / Law Enforcement in US / Secrets of the Secret Service

Secrets of the Secret Service

Documentary: Secrets of the Secret Service

The U.S. Secret Service has two distinct areas of responsibility:

The Secret Service’s initial responsibility was to investigate crimes related to the Treasury and then evolved into the United States’ first domestic intelligence and counterintelligence agency. Many of the agency’s missions were later taken over by subsequent agencies such as the Federal Bureau of Investigation (FBI), Bureau of Alcohol, Tobacco, Firearms and Explosives (ATF), Immigration and Customs Enforcement (ICE), and Internal Revenue Service (IRS).

With a reported one third of the currency in circulation being counterfeit at the time, the Secret Service was created by President Abraham Lincoln on April 14, 1865 (five days after Lee’s surrender at Appomattox), and commissioned on July 5, 1865, in Washington, D.C. as the “Secret Service Division” of the Department of the Treasury with the mission of suppressing counterfeiting. The legislation creating the agency was on Abraham Lincoln‘s desk the night he was assassinated.   At the time, the only other federal law enforcement agencies were the United States Park Police, U.S. Post Office Department, Office of Instructions and Mail Depredations, now known as the United States Postal Inspection Service, and the United States Marshals Service. The Marshals did not have the manpower to investigate all crime under federal jurisdiction, so the Secret Service began to investigate everything from murder to bank robbery to illegal gambling. After the assassination of President William McKinley in 1901, Congress informally requested that the Secret Service provide presidential protection. A year later, the Secret Service assumed full-time responsibility for presidential protection. In 1902, William Craig became the first Secret Service agent to die while serving, in a road accident while riding in the presidential carriage. 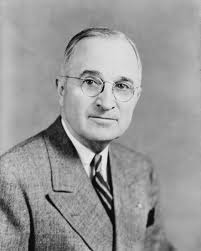 In 1950, President Harry S. Truman was residing in Blair House, across the street from the White House, while the executive mansion was undergoing renovations. On November 1, 1950, two Puerto Rican nationalists, Oscar Collazo and Griselio Torresola, approached Blair House with the intent to assassinate President Truman. Collazo and Torresola opened fire on Private Leslie Coffelt and other White House Police officers. Though mortally wounded by three shots from a 9 mm Walther P38 to his chest and abdomen, Private Coffelt returned fire, killing Torresola with a single shot to his head. As of 2012, Coffelt is the only member of the Secret Service to be killed while protecting a US President against an assassination attempt (Special Agent Tim McCarthy stepped in front of President Ronald Reagan during the assassination attempt of March 30, 1981 and took a bullet to the abdomen but made a full recovery). Collazo was also shot but survived his injuries and served 29 years in prison before returning to Puerto Rico in 1979.