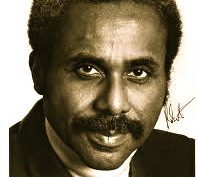 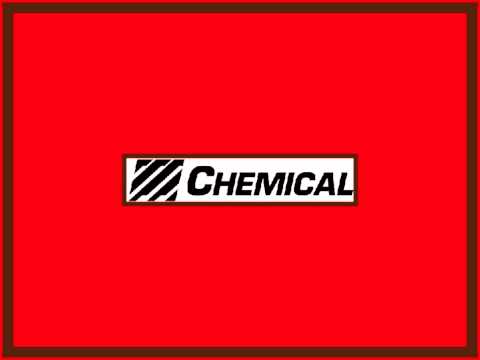 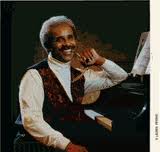 Classical Pianist with Spiritual Dimension So begins the commentary on his recent Russian tour. Pianist, composer, producer, TM Sidha, Shiatsu therapist, Roy Eaton’s return to the concert stage has been marked by an increasing focus on the spiritual dimension of music by composers as diverse as Chopin and Joplin. Writing on his first “Meditative Chopin” Alice Tully recital, Tim Page said in the NY Times: “The cumulative effect was deeply satisfying. One came much closer to the heart of Chopin-and by extension, to music itself”

“There are occasions when this world gives us magic moments of inspiration; when our reason and our soul live a special life, which is unfettered by mundane earthly laws. It was exactly this kind of moment, which an American pianist, ROY EATON, gave to Moscovites who managed to get to his concerts”

Who is Roy Eaton 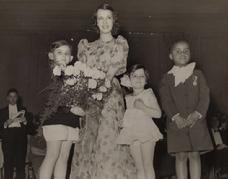 Roy Eaton, winner of the first Kosciuszko Foundation Chopin Award in June 1950, made his American debut with the Chicago Symphony Orchestra performing Chopin’s F minor Concerto under George Schick in 1951. He was re-engaged to perform Beethoven’s 4th concerto the following season, and also made his New York Town Hall debut in 1952. His career was “temporarily” interrupted by 2 years of service in the U.S.Army during the Korean conflict,then approximately 30 years in advertising at Young & Rubicam, then as V.P. Music Director of Benton& Bowles,then running his own production company. He was recently inducted into the Advertising Hall of Fame for his Ad work. He is currently on the faculty of the Manhattan School of Music. In addition to Chopin, his performances of the music of Scott Joplin have been particularly noteworhy. “My mission has been to restore Joplin’s works to the domain that it was his intention that they live–as classical works in the tradition of the great European masters that constituted an important inspirational resource for him.” Visit http://www.Royeaton.com for my personal story.

In the word of Roy Eaton: 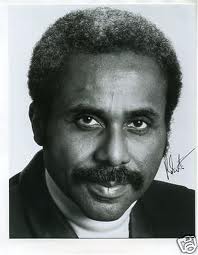 HANDICAP #1? I WAS BORN A NEGRO. Major handicap in USA 1930. But thanks to the vision of a powerful Jamaican mother, I was told to overcome prejudice I needed to do 200% to get credit for 100%.  So that became my lifetime mantra.Handicap#2: I lost half of the first joint of my right fourth finger in an accident when I was 3.  Yet I had the audacity to aspire to become a classical concert pianist.  Mom encouraged me but cautioned me to develop other skills. After winning my first piano competition, I played in Carnegie Hall in 1937. Lily Pons presented my Gold Medal. Music & Art High School was a peak experience in my first lifetime.  The nurturing atmosphere, my friendly unprejudiced classmates, the shared aspiration for uncharted achievement, and an unequivocal belief that anything was possible…it was truly a special world whose impact on my life continues. I never thought when I entered CCNY because it was free, that I would spend my Junior Year like some rich kid at the University of Zurich in Switzerland.  But thanks to Mom’s “200% principle”, being 3rd in my sophomore class of 3000, I was interviewed for and won the Naumburg Scholarship from CCNY to do just that in 1948. Did I bust out in Europe! First time away from home. First girl friend. First sex. First concert tour. Master classes with Edwin Fischer (along with Alfred Brendel). June 1950 was quite a month. I simultaneously graduated from CCNY, B.S.S. magna cum laude, Phi Beta Kappa, and the Manhattan School of Music B.M.; won the first Kosciuszko Foundation Chopin Award (Van Cliburn won it in 1952): and received a fellowship for graduate study in Musicology from Yale University. After successful debuts with the Chicago Symphony Orchestra in 1951 and at New York’s Town Hall in 1952, Uncle Sam brought the career to a screeching halt in 1953 for two years during the Korean conflict. I left the Army in 1955 as “Roy Who”? STUMBLING BLOCK?  Of course not! I applied for and was hired as composer/copywriter by Young & Rubicam advertising. I was the first Black in a general market creative position in advertising.  Mom’s “200% principle” worked again. Creating landmark jingles and campaigns for Beefaroni, Kent Cigarettes, Gulf Oil, the “Brighter Day” soap opera theme etc. catapulted me to the forefront of this unexpected arena. THEN I WAS DECLARED DEAD IN JULY 1957 after an auto accident that killed my first wife Margaret and the driver of the car we were in. 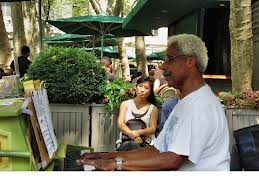 MY SECOND LIFETIME began when I emerged from a 6 day coma with the clear mandate that God spared my life to take a message to the world. I am still exploring this possibility. This was the “career” lifetime. I became V.P. Music Director of Benton & Bowles advertising, married and divorced Minnette, and had 3 wonderful sons, David, Daniel and Christopher. To alleviate intense walking pain from the accident, I learned Transcendental Meditation in 1968. Negative catalyst yields Positive result again. Totally unexpectedly, MY THIRD LIFETIME was launched when I was “downsized” by B&B in 1980. Facing no income with 3 Ivy League tuitions, mortgage and alimony payments, I set up my own production company within one week, and simultaneously began the restoration of my initial dream. I returned to concert performance with a unique recital at Alice Tully Hall in 1986 called “The Meditative Chopin”. Performances in Europe, South America, Asia, Russia, and 4 albums followed. My Scott Joplin CD on Sony Classical has been a notable international best seller. Aging is the current challenge. But thanks to 38 years of practicing Transcendental Meditation, I?m still going strong.  MY FOURTH  LIFETIMEbegan in 1996 with my marriage to an ideal partner, Barbara.  Replacement hip and knee surgery relieved my pain. Another tangible symbol of my regeneration: the birth of our twin sons Ravi and Ari in 2002. Keep tuned for future developments of my exhilarating journey on my website www.Royeaton.net. Preview my current CDS at www.CDBaby.com/all/Royeaton.

Just about anyone who watches television knows the music of Roy Eaton. His ad jingles are classics of the genre, and if you’re not old enough to have seen them aired during their heyday, they can still be seen in reruns on nostalgia networks like TV Land. While catchy product advertisements like the ones he wrote for Texaco(“You can trust your car to the man who wears the star”) and Beefaroni (“We’re having Beefaroni, it’s made with macaroni”) paid Eaton’s bills, they don’t begin to tell his musical story.

Eaton was the offspring of Jamaican immigrants. His mother worked in domestic service and his father worked as a mechanic. He grew up during jazz’s glory years in the Harlem community of Sugar Hill. Eaton took up classical piano when he was six. His skillful handling of Chopin brought him the Kosciuszko Foundation’s Chopin Award in 1950. Following an education that included the City College of New York, the Manhattan School of Music, the University of Zurich, and Yale, he became a music instructor at his Manhattan alma mater.

The pianist and composer almost didn’t live to make his mark. In 1957, physicians gave him a 10 percent chance of surviving an automobile accident that left him comatose and took the life of his bride, to whom he’d been wed for less than a year. The shattering experience strengthened his faith. He has since been a devotee of Transcendental Meditation.

He devoted almost three decades to his advertising work, first with the firm of Young & Rubicam during the late ’50s and later with Benton & Bowles. His ads for products that included Yuban coffee, Johnson & Johnson, Gulf Oil, and Kent cigarettes garnered numerous awards. Interestingly, the person in charge of deciding whether to accept Eaton’s Beefaroni jingle initially did not care for it, but the tune did so well that it ended up serving the client for two decades. Later in life he established Roy Eaton Music Inc., and his company produced ads for Coca Cola, among others.

In 1992, he played at Lincoln Center, and later in the decade he appeared at Ho Chi Minh City Conservatory while traveling with his wife in Vietnam. Since 1995 he has issued several albums, among them the Seventh Wave release Meditative Chopin, the Sony Classical release Joplin Piano Rags, and Newport Classics‘ Joyful Joplin. ~ Linda Seida, Rovi