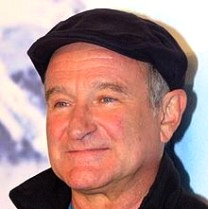 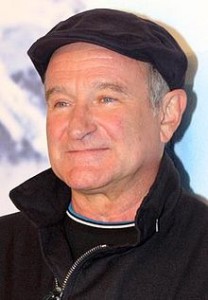 Robin McLaurin Williams (July 21, 1951 – August 11, 2014) was an American actor and comedian. Starting as a stand-up comedian in San Francisco and Los Angeles, he was soon discovered and rose to fame as Mork in the TV series Mork & Mindy (1978–82). Williams went on to establish a successful career in both stand-up comedy and feature film acting.

Williams was nominated for the Academy Award for Best Actor three times, and won the Academy Award for Best Supporting Actor for his performance in Good Will Hunting. He also received two Emmy Awards, four Golden Globe Awards, two Screen Actors Guild Awards, and five Grammy Awards. TV producer George Schlatter first saw Williams doing stand-up comedy in 1977, and gave him his first TV spot in his Laugh-In show. Schlatter recognized Williams’ potential immediately, and told friends and associates that Williams “is gonna be an important force. Not just a talent, but an important force in show business.” During his later film career, Terry Gilliam, who directed Williams in two of his films, was awed by his ability to “go from manic to mad to tender and vulnerable,” and claimed that Williams “the most unique mind on the planet. There’s nobody like him out there.”

Williams sometimes suffered from depression and struggled with drug and alcohol addiction during much of his career. During the summer of 2014, he admitted to friends that he was having “serious money trouble.” On August 11, 2014, he was found dead after committing suicide by hanging at his home in Paradise Cay, near Tiburon, California.

Robin McLaurin Williams was born in Chicago, Illinois, on July 21, 1951. His mother, Laurie McLaurin (c. 1923 – September 4, 2001), was a former model from Jackson, Mississippi, whose own great-grandfather was Mississippi senator and governor Anselm J. McLaurin. His father, Robert Fitzgerald Williams (September 10, 1906 – October 18, 1987), who was from a family prominent in Evansville, Indiana, was a senior executive at Ford Motor Company in charge of the Midwest region. He had two brothers: Robert Todd Williams (June 14, 1938 – August 14, 2007) and McLaurin Smith. Williams had English, Welsh, Irish, Scottish, German, and French ancestry. He was raised Episcopalian (while his mother practiced Christian Science), and later authored the comedic list, “Top Ten Reasons to be an Episcopalian.”

Williams attended elementary school in Lake Forest, Illinois and began middle school there. His young friends recall him as being very funny. When Williams’s father was transferred to Detroit, the family moved from the Chicago area to a 40-room farm house in suburban Bloomfield Hills, Michigan, where he was a student at the Detroit Country Day School. He excelled in school and became president of the class. He was on the school’s soccer team and wrestling team. In middle school, Williams was bullied and would seek out new routes home to avoid his tormentors. He told jokes to his mother to make her laugh and pay attention to him. Williams spent much of his time alone in the family’s large home, playing with his 2,000 toy soldiers. “My only companions, my only friends as a child were my imagination,” he said.

Williams’s father was away much of the time and, when he was home, Williams found him “frightening.” His mother worked too, leaving Williams to be attended to by the maids they employed. Williams claimed his upbringing left him with an acute fear of abandonment and a condition he described as “Love Me Syndrome.” When Williams was 16, his father took early retirement and the family moved to Woodacre, California, where he attended the public Redwood High School in nearby Larkspur. When he graduated in 1969, the senior class voted him both “Most Likely Not to Succeed” and “Funniest.”

Williams studied political science at Claremont McKenna College (then called Claremont Men’s College) in Claremont, California. Williams left Claremont and attained a full scholarship to the esteemed Juilliard School in New York City. In between Claremont and Juilliard, he returned to Marin County and studied theatre for three years at a community college, the College of Marin, where according to drama professor James Dunn, Williams’s talent first became evident when he was cast as Fagin in Oliver!.

Williams described himself as a quiet child whose first imitation was of his grandmother to his mother. He did not overcome his shyness until he became involved with his high school drama department. In 1973, Williams was one of only 20 students accepted into the freshman class at Juilliard and one of only two students to be accepted by John Houseman into the Advanced Program at the school that year; the other was Christopher Reeve. William Hurt was another classmate. Williams left Juilliard during his junior year in 1976 at the suggestion of Houseman, who told him, “There’s just nothing more we can teach you. So you should go out and work.” 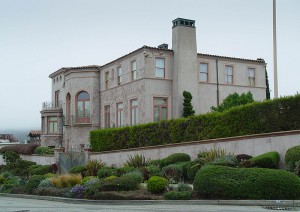 On June 4, 1978, Robin Williams married his first wife, Valerie Velardi. They met in 1976 when he worked as a bartender at a tavern in San Francisco. Their son Zachary Pym “Zak” Williams was born in 1983. During Williams’s first marriage, he was involved in an extramarital relationship with Michelle Tish Carter, a cocktail waitress whom he met in 1984. Williams and Velardi divorced in 1988.

On April 30, 1989, he married Marsha Garces, a Filipino American and Zachary’s nanny, who was several months pregnant with his child. They had two children, Zelda Rae Williams (born 1989) and Cody Alan Williams (born 1991). In March 2008, Garces filed for divorce from Williams, citing irreconcilable differences. Williams married his third wife, graphic designer Susan Schneider, on October 23, 2011, in St. Helena, California. Their residence was Williams’s house in Sea Cliff, a neighborhood in San Francisco, California.

Williams stated, “My children give me a great sense of wonder. Just to see them develop into these extraordinary human beings.”

During the late 1970’s and early 1980’s, Williams had an addiction to cocaine.  Williams was a close friend of and frequent partier alongside John Belushi. He said the death of his friend and the birth of his son Zak prompted him to quit drugs and alcohol: “Was it a wake-up call? Oh yeah, on a huge level. The grand jury helped too.”

Williams started drinking alcohol again in 2003, while working in a small town in Alaska. On August 9, 2006, he checked himself in to a substance-abuse rehabilitation center in Newberg, Oregon. He later said that he was an alcoholic. His publicist delivered the announcement:

After 20 years of sobriety, Robin Williams found himself drinking again and has decided to take proactive measures to deal with this for his own well-being and the well-being of his family.

While acknowledging his failure to maintain sobriety, Williams would never return to use of cocaine, declaring in a 2010 interview:

“No. Cocaine – paranoid and impotent, what fun. There was no bit of me thinking, ooh, let’s go back to that. Useless conversations until midnight, waking up at dawn feeling like a vampire on a day pass. No.”

Williams was hospitalized in March 2009 due to heart problems. He postponed his one-man tour in order to undergo surgery to replace his aortic valve. The surgery was successfully completed on March 13, 2009, at the Cleveland Clinic.

In mid-2014, Williams had admitted himself into the Hazelden Foundation Addiction Treatment Center in Lindstrom, Minnesota, for treatment related to his alcoholism. In August, he admitted to his friends that he had “serious money trouble,” and that weeks earlier had been treated for depression. According to one friend, he was frustrated at having to take television and movie roles he did not want, simply to pay bills.

On August 11, 2014, 11:45 a.m. (PDT), Williams was discovered unresponsive by his personal assistant at his home in Paradise Cay near Tiburon, California. Police and firefighters responded and Williams was pronounced dead shortly after. It was reported that Williams had apparently hanged himself with a belt, and died due to asphyxiation.