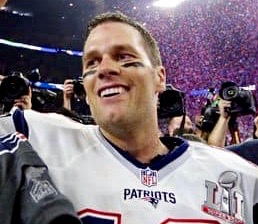 HOUSTON – They’ve been on the wrong end of some miraculous catches during their decade-and-a-half of dominance. 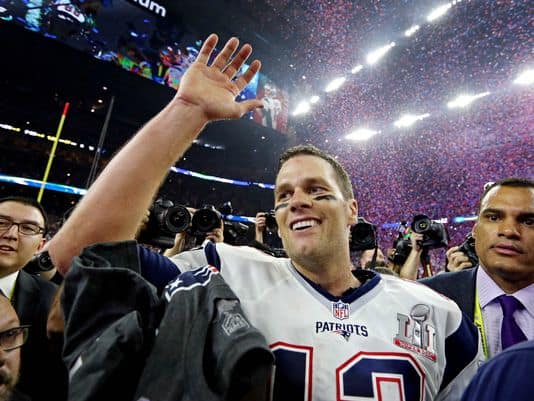 Mario Manningham’s over-the-shoulder grab led to their last Super Bowl loss five years ago. David Tyree velcroed a football to his helmet in their one before that. And tonight, Julio Jones made an amazing toe-tap on the sideline late in the fourth quarter that looked like it might spoil the New England Patriots’ season once again.

But in one of the best finishes the Super Bowl has ever seen, Julian Edelman made a diving catch on a batted ball that at one point seemed suspended in the air as the Patriots rallied from a 25-point second-half deficit to force the first overtime in Super Bowl history.

Tom Brady completed 7 of 8 passes on the first possession of overtime and led a 75-yard touchdown drive that ended with James White’s 2-yard run through a pair of defenders as the Patriots beat the Atlanta Falcons in Super Bowl LI, 34-28.

Brady now has five Super Bowl rings, tied with Charles Haley for the most by a player in NFL history, and one more than quarterbacks Joe Montana and Terry Bradshaw. 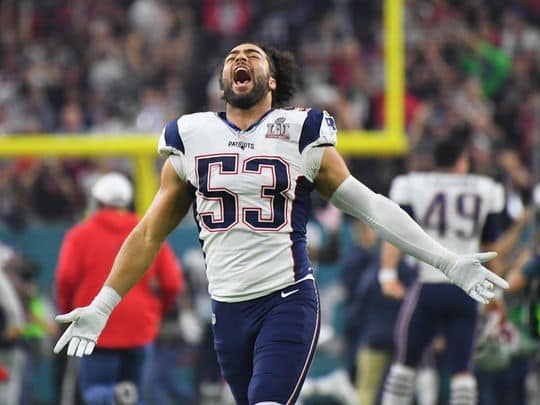 The Patriots have won five of the last 15 championships, and two Super Bowls in the last three seasons.

Edelman’s grab with just over 2 minutes to play was one of a series of extraordinary plays in second half of a game that at one point looked like it would be a blowout.

The Falcons, the NFL’s highest-scoring offense, scored the game’s first 21 points and led, 28-3, late in the third quarter before Brady rallied New England to the victory.

White scored the Patriots’ first touchdown of the game on a 5-yard pass from Brady with 2:06 left in the third quarter, and New England scored 19 points in the fourth quarter, getting a 33-yard field goal from Stephen Gostkowski, two touchdowns and a pair of two-point conversions.

The Falcons, leading, 28-20, when they took possession at their own 10-yard line with 5:53 to play, drove into field-goal range in three plays thanks to Jones’ leaping catch along the Patriots sideline.

But Matt Ryan, who was named NFL MVP on Saturday, took a 12-yard sack on second-and-11 and Falcons left tackle Jake Matthews was called for holding after Ryan completed a third-and-23 pass that would have put Atlanta in position to kick the game-winning field goal.