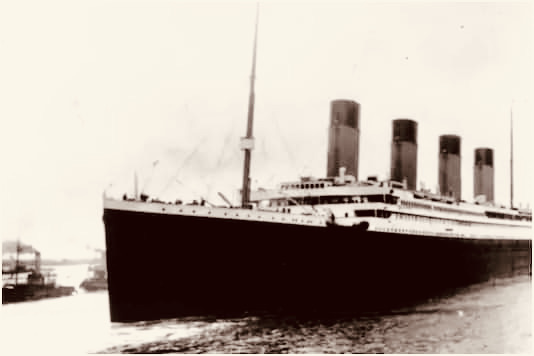 The Titanic’s Only Black Family

Black passengers add another facet to Titanic story, Joseph Laroche, a Haitian-born, French-educated engineer traveling with his family who is believed to be the only black man among the passengers on the Titanic. To read more go to the link below:

More than a century has passed since Royal Mail Ship (RMS) Titanic started its ill-fated maiden journey from Southampton, UK, only to sink in the North Atlantic, which turned into the ship’s frigid graveyard. The grand ocean liner collided with an iceberg on the night of April 14, 1912 and collision caused the ship to sink on April 15, resulting in more than 1,500 people losing their lives.

It was one of the biggest maritime disasters in history and with the 109th anniversary of the disaster knocking at the door, read through to know about little-known facts and the final moments of the ship, once called a ‘floating city.’

The Titanic was built during a golden age of sea travel and the ship was designed to compete with other cruise liners who were catering to a growing number of immigrants and wealthy passengers during the early 20th century for business from Europe to New York. British shipping company White Star Line commissioned the building of three ‘Olympic Class’ liners. Construction of the Titanic began on March 31, 1909 and it took four years to finish it at the Harland & Wolff shipyard in Belfast, Northern Ireland.

Construction of the Titanic costed close to USD 7.5 million in total, around $192 million in today’s money. With 16 watertight compartments (known as bulkheads) that could be shut to prevent flooding, the costs were quite lavish at the time. To read more go to the link below: