You are here: Home / Events / Occupy Groups / Occupy Together Principles 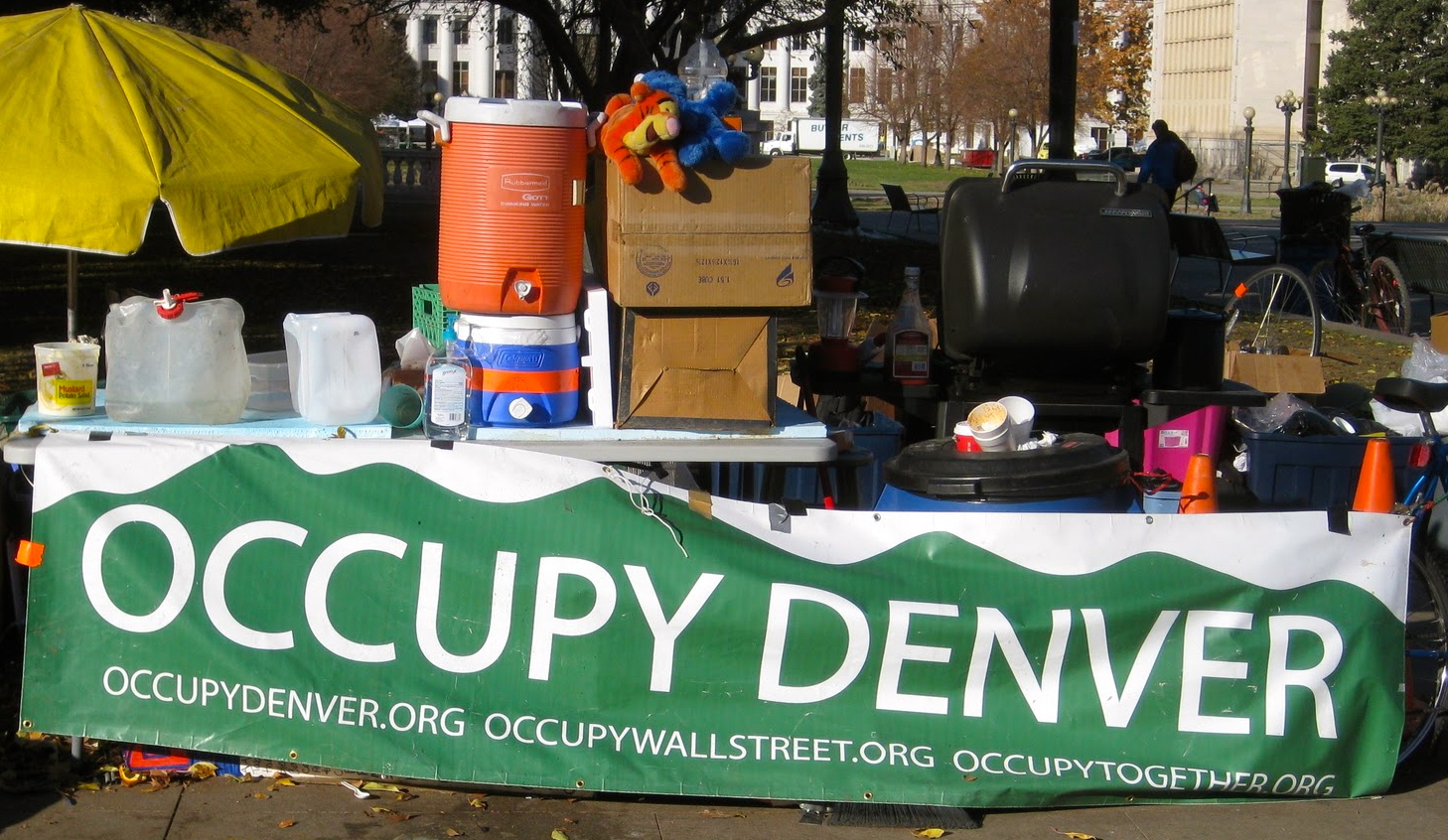 Occupy Denver stands in solidarity with Occupy Together.

Declaration of the Occupation of New York City

As we gather together in solidarity to express a feeling of mass injustice, we must not lose sight of what brought us together. We write so that all people who feel wronged by the corporate forces of the world can know that we are your allies.

As one people, united, we acknowledge the reality: that the future of the human race requires the cooperation of its members; that our system must protect our rights, and upon corruption of that system, it is up to the individuals to protect their own rights, and those of their neighbors; that a democratic government derives its just power from the people, but corporations do not seek consent to extract wealth from the people and the Earth; and that no true democracy is attainable when the process is determined by economic power. We come to you at a time when corporations, which place profit over people, self-interest over justice, and oppression over equality, run our governments. We have peaceably assembled here, as is our right, to let these facts be known… Read the full version

We asked @CynthiaBoaz, a proponent of Mahatma Gandhi’s satyagraha (nonviolent) activism methods, for a set of principles to help guide #OccupyAmerica. She gave us back this series of seven direct messages.

1) Nonviolent discipline, no matter what. Zero tolerance for any violence whatsoever, including verbal.

2) Unity of message & across orgs and people. There should be a consistent message & demands coming out & activists shld know it & share it.

3) There must be a long-term and coherent strategy, not just tactics and actions (no matter how clever) that are not connected in some way.

4) Security forces/police should be seen as potential recruits to movement, not as adversaries. Ultimately they are accountable to the ppl.

5) Keep larger audience (national and international) in mind when framing the message. The goal is to win ppl over, not to alienate.

6) Defensive strategies never win. Don’t respond to verbal attacks or hostile propaganda by using the language of the opponent. Reframe.

7) Claim victory whenever possible. It’s important for morale and enthusiasm. Keep anger/rage in check with humor and solidarity actions.

She was right on with her answer, but she used all 140 characters. We trimmed the principles down so people could RT them, and we thought number seven was a compound thought, so we split it into the last two of the eight rules.

1) Nonviolent action AND speech, no matter what. Zero tolerance for violence. #8rules via @CynthiaBoaz #OWS

2) Unity of message across orgs & people. Consistent demands, all should know them. #8rules via @CynthiaBoaz #OWS

3) There must be a long-term and coherent strategy, not just tactics & actions. #8rules via @CynthiaBoaz #OWS

4) Police should be seen as potential recruits to movement, not enemy. #8rules via @CynthiaBoaz #OWS

5) Keep national/international audience in mind when framing. Goal is win ppl over. #8rules via @CynthiaBoaz #OWS