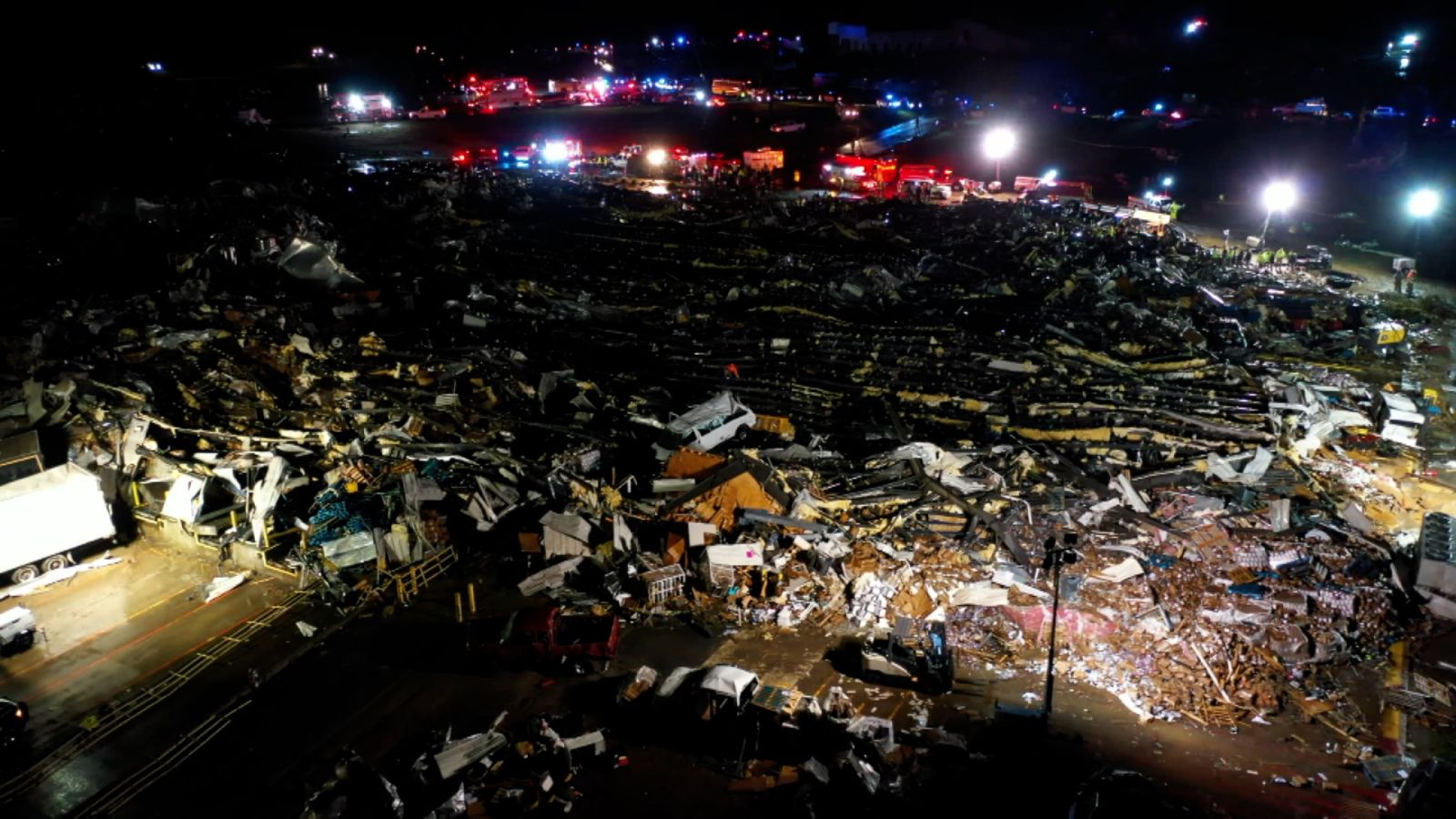 Storms unleashed devastating tornadoes late Friday and early Saturday across parts of the central and southern United States, collapsing buildings into twisted debris and claiming lives, with officials fearing the death toll could exceed 80. In Kentucky alone, the state’s governor says more than 70 people could have died after “one of the toughest nights in Kentucky history.”Among the most significant damage: Tornadoes or strong winds collapsed an occupied candle factory in Kentucky, an Amazon warehouse in western Illinois, and a nursing home in Arkansas, killing people in each community and leaving responders scrambling to rescue others.

Debris and structural damage can be seen at the Mayfield Consumer Products candle factory in Mayfield, Kentucky, early Saturday.More than 30 tornadoes have been reported in at least six states, including Missouri, Tennessee and Mississippi. A stretch of more than 250 miles from Arkansas to Kentucky might have been hit by one violent, long-track twister, CNN meteorologists say.

“I’m pretty sure that number (killed in Kentucky) is north of 70 … it may, in fact exceed 100 before the day is done,” Kentucky Gov. Andy Beshear said late Saturday morning. “The level of devastation is unlike anything I have ever seen.”

Live updates: Deadly tornadoes slam through six statesOne of the most devastated sites is the southwestern Kentucky city of Mayfield, where a tornado hit the Mayfield Consumer Products candle factory Friday night while people were working. About 110 people were inside and dozens are feared dead there, Beshear said. To learn more go to the link below: