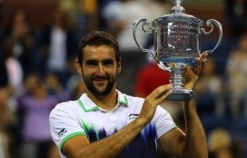 Marin Cilic Crushes Kei Nishikori In Final Of 2014 US Open 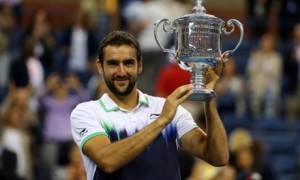 Tennis has a new young champion. Whether Marin Cilic is at the vanguard of the much discussed, long awaited power shift after beating Kei Nishikori in three quick sets to win the 2014 US Open on Monday night we will discover in what now looms as the most intriguing year in the sport for a decade.

At last, after 10 years of dominance by a small handful of great players, tennis has what invigorates every area of life, from historic referendums to grand slam finals: uncertainty.

What we do know is that the Croatian is a history man, bad and good. The player whose career looked wrecked beyond repair when he was banned for drugs in 2013 finishes 2014 on top of the pile, champion in the closing major. 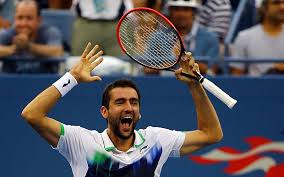 He is the first player from his country to reach a slam final since his coach, Goran Ivanisovic, won Wimbledon in 2001 – and how the big man went berserk in the stands when the fourth of his player’s backhand winners left Nishikori rooted to the baseline after an hour and 54 minutes for a clinical 6-3, 6-3, 6-3 win.

“My team have brought something special to me, especially Goran,” Cilic said. “The most important thing he brought to me is joy in tennis, having fun. I think I played the best tennis in my life. For all the other players who work hard, this is a sign that it is going to pay off.” 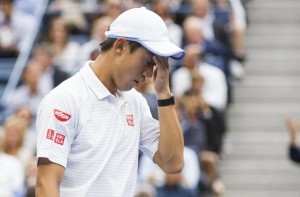 Nishikori, who a few weeks ago thought a slowly healing cyst on his right foot might exclude him from the tournament, said, “He was playing really well today, I couldn’t play my tennis. It was a really tough loss but I am really happy to be in my first final.”

The Croatian had the bigger weapons, held his nerve better on the big points and fully deserved the victory. He travelled without the support of a single journalist from his homeland but the supporters who dotted the stadium wearing the distinctive red-and-white checked colours of Croatia certainly made their presence felt in a cavernous setting designed for raucous passion.

His 300th career win on his sixth visit to New York earned him not only $3m but 2,000 ranking points to lift him seven places to No 9 in the world, back inside the top 10 for the first time since April, 2010, simultaneously shuffling Andy Murray back to No 11, his lowest placing since June, 2008. Murray’s task of reaching the end-of-season ATP World Tour Finals got more difficult as Cilic bounds up to the top five on that list.